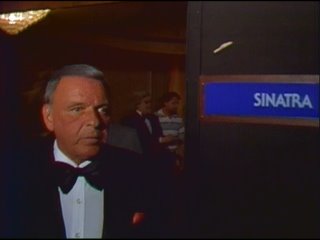 The perfect Christmas gift for the Sinatra fan in your life, or perhaps even for yourself, would be the new box set, Sinatra: Vegas. I couldn't wait that long, receiving mine via Amazon this past Saturday (thanks for the heads up Cheryl!). I love Sinatra at the Sands with Count Basie, so I was very excited when I heard this was being released. 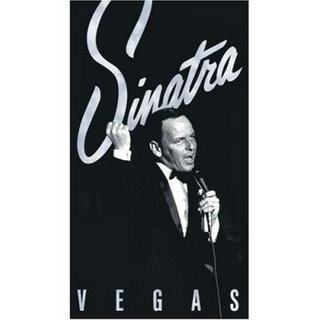 It is a four disc, one DVD set featuring live Vegas performances of the Chairman, down through the years.

Oh how I love my copy of this too. I ripped open that box from Amazon and coulnt' wait to play the DVD. He's in great voice and in a great mood and it makes for a great concert. I love CD's too. Great gift for someone that loves Sinatra.

The Caesars performance is vintage, mid-70s Frank, in a swingin' mood!

Terrific set, but I really don't think his voice was shot in the '66 Sands concert as you say. The original sands release may be a tiny bit better in that area, but not much.

programmer1390, I meant to go back and change that after I'd listened to the 1966 show a few more times. Other than during "I've Got a Crush on You," his voice actually is really strong.