This Coca-Cola ghost sign was uncovered last week by a crew working inside of a building at the corner of First and Shepherd Streets in downtown Lufkin. What a beauty! That slogan was used during 1907 and 1908 (wow!). And since it was just a couple of buildings down the street, I couldn't help but snap a quick one of this restored beauty: 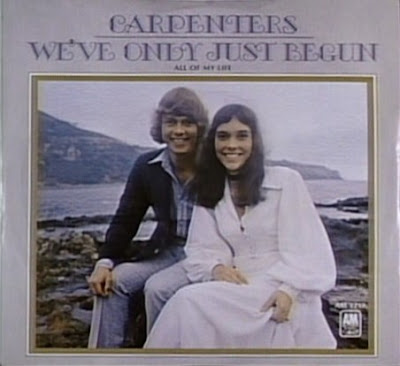 Okay, so my Pandora, Exotica/Lounge station, in between Martin Denny tunes and every version of "One Note Samba" or "Quiet Nights of Quiet Stars" ever recorded, wants to keep forcing The Carpenters' "We've Only Just Begun" down my throat, and I find I am unwilling to give it a thumb's down.

Email ThisBlogThis!Share to TwitterShare to FacebookShare to Pinterest
Labels: The Carpenters

Houston in the Jazz Age*

Links go to each structure's Texas Historical Commission Atlas entry. I also used this extremely helpful list of the National Register of Historic Places in Harris County. A follow-up post featuring primarily Victorian architecture in Houston is coming. But now, looking at Houston through a Roaring '20s (and a little earlier) filter:

The need for neon 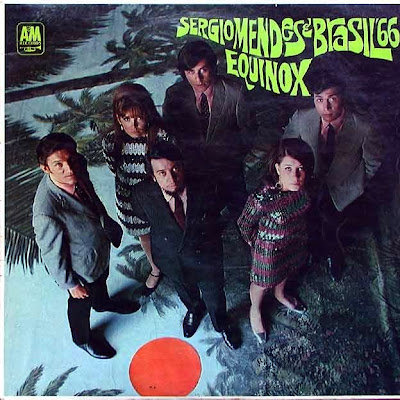 "Bim Bom" is considered the first bossa nova song. It was composed by João Gilberto around 1956. The song wasn't recorded until July 1958 when Gilberto released it under Odeon Records along with his version of the first produced bossa nova album, Chega de Saudade.
Read more »
Posted by Chris at 6:51 PM No comments: 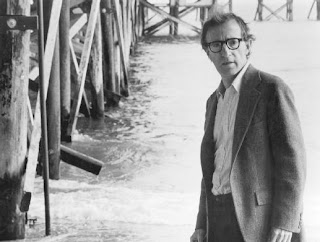 Woody Allen on the Radio Days set
Radio Days is the Academy Award-nominated 1987 film directed by Woody Allen. In it, Allen looks back on American family life during the Golden Age of Radio, and it finds the writer/director at his most nostalgic, with a script which shifts between the lightly comedic and the touchingly sad. The narrator (Allen) tells how radio influenced his childhood in the days before TV, during the late 1930s to New Year's Eve 1944. On a trivial note, it is the only Allen film featuring both Diane Keaton and Mia Farrow.

It's time for YOU

An EBiN oldie but goodie... 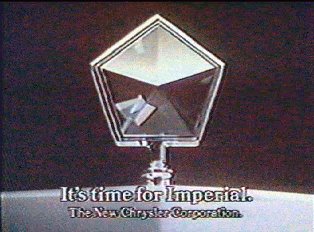 Frank Sinatra had a part in convincing thousands of people to purchase vehicles from struggling car company, Chrysler. These are the vehicles that led to Chrysler going bankrupt and requiring government intervention to completely avoid going out of business. 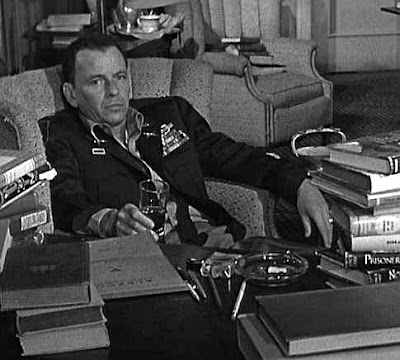 The day after the snow fell in Alto 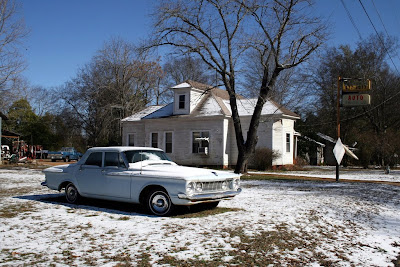 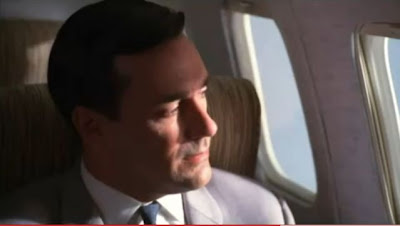 So, I've kind of gotten into Mad Men (finally). I started Netflixing the season DVDs about six months ago and am currently in the midst of season three. Obviously I'm greatly enjoying the retro appeal, but it's increasingly the small, little things that get me. I've been surprised at how effectively the plot lines occasionally come together in little moments that can really pack an emotional or angst-ridden wallop. One of my favorite little moments thus far comes at the end of season two's "The Inheritance." Basically, during the last forty-five seconds or so of the episode, we see Don Draper sitting aboard an airplane, lighting up a smoke as the "no smoking" sign is turned off on the overhead console. Betty Draper (Don's wife) has kicked him out of the house after she discovered he'd had an affair. Draper isn't exactly happy about being away from his wife and family and decides to accompany Campbell to Los Angeles on a business-related trip. The 1962 song "Telstar" begins to play as Draper looks out the plane's window and reels from the consequences of his actions and contemplates the meaning of this thing called life: