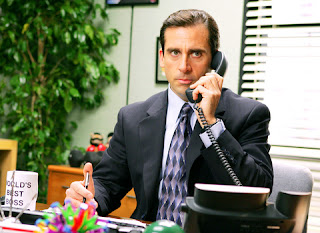 Here is a compilation someone put together of "That's what she said" moments from The Office. Being an Office junkie, I hear opportunities all day long to say this.

Oddly enough, my favorite one (from "Sexual Harassment") was left out. It's when Pam says: "My mom is coming" to Michael on the day her mother visits. I laugh at that one every time.
Posted by Chris at 8:10 PM No comments:

Email ThisBlogThis!Share to TwitterShare to FacebookShare to Pinterest
Labels: The Office

So I went down to Galveston for the weekend...


A car wash was demolished recently in Galveston (my hometown), and this old Triple X Ginger Ale sign was revealed:

Triple X Ginger Ale was apparently "The Aristocrat of Them All." I guess drinking it made people feel like they were rich or something. According to this site, the Triple X brand was brewed on the Island. The sign is probably from the 1920s, and it has been hidden for decades.

Also in Galveston, down on and near The Strand:

It's one of the buildings that survived The 1900 Storm.

Entrance to The Grand 1894 Opera House

Inside the Star Drug Store: 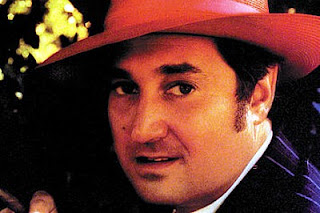 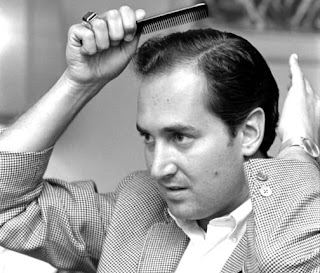 Neil Sedaka
Posted by Chris at 8:58 AM No comments:

The Council of Nine


From South Park's most recent episode, "Imaginationland Episode II," this is the Council of Nine (a group made up of the wisest of all the good fictional characters in Imaginationland), possibly a better group of judges than the Supreme Court: 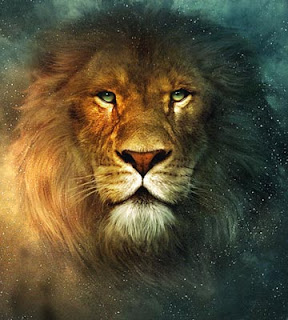 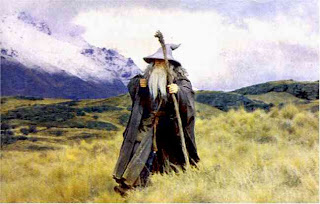 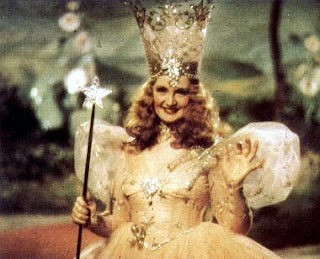 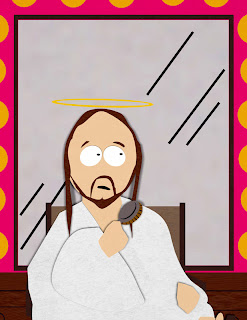 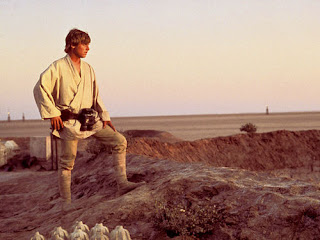 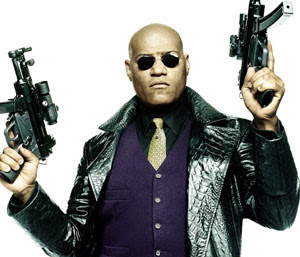 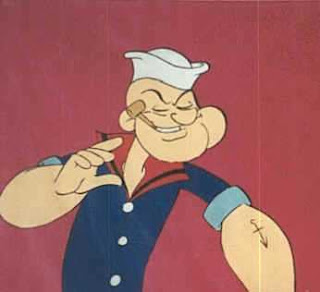 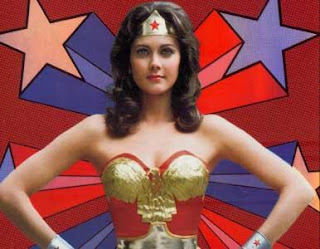 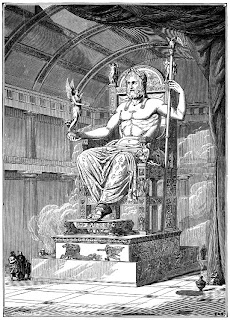 Behind the wall of Imaginationland 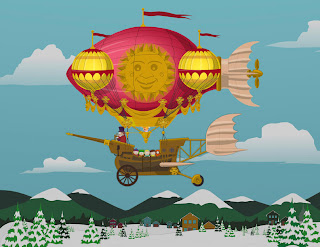 There are three more episodes of South Park left to go this season, and the next one is the final episode of a three-parter. Last Wednesday's episode, "Imaginationland Episode II," involved (among other things) a group of Middle Eastern terrorists breaking down the wall separating the worlds of good and evil in Imaginationland, with predictably disastrous results (for the good).

* Audrey II
* Akuma
* Cerberus
* The Creature from the Black Lagoon 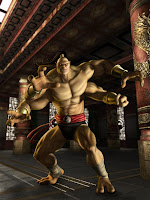 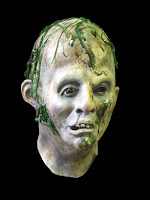 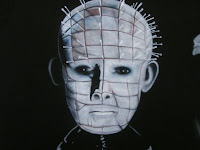 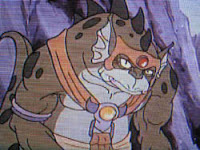 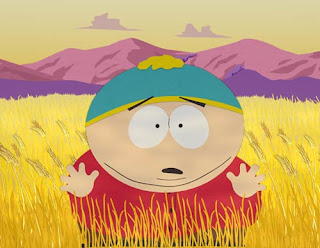 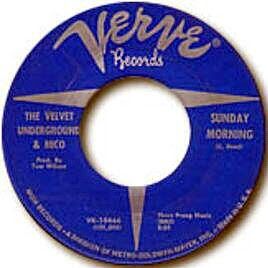 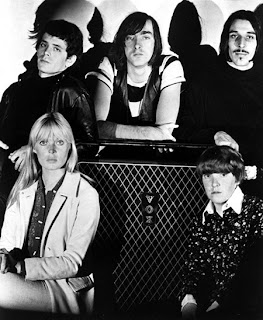 In late 1966, "Sunday Morning" was the final song to be recorded for The Velvet Underground and Nico. It was requested by Tom Wilson, who thought the album needed another song with lead vocals by Nico with the potential to be a successful single. The song was written with Nico's voice in mind by Lou Reed and John Cale on, in fact, a Sunday morning. Before being recorded, the band performed it live with Nico singing lead.

Wilson brought the band into a New York City recording studio in November. At the last minute, Reed declared that he would sing lead vocals himself, which was received with great resistance from Paul Morrissey, the band's manager, who thought Reed's voice was far less marketable than Nico's. Nico would instead sing backing vocals on the song. 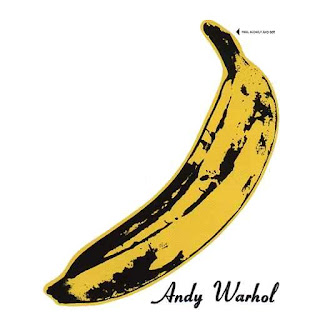 Aiming to create a hit for the album, "Sunday Morning" features noticeably more lush and professional production than the rest of the songs on the album. In fact, the song's inclusion on the album seems to be an afterthought—the final master tape of side one of the album shows "Sunday Morning" only penciled in before "I'm Waiting for the Man."

The song's prominent use of celesta was the idea of John Cale, who noticed the instrument in the studio and decided to use it for the song.
Posted by Chris at 8:16 PM No comments:

"The town was renamed after Betty Teague, a niece of railroad magnate B. F. Yoakum.

The railroad influence is still felt today with a notable presence of BNSF and the old railroad depot museum - including the nearby Hotel Teague - a vacant ruin with some nice brickwork."

Former service station, now an "Antique" dealer, with a pair of old Citroëns parked out front. I doubt too many of those pulled into this place back when it was a working gas station.

Finally, the City of Teague successfully saved this wall from coming down back in 1992. The wall was supported on the other side by several large steel beams. All for this old sign:


Shorpy.com has this great photograph taken in 1913 of Luna Park, an amusement park at Coney Island, Brooklyn, New York City, from 1903 to 1944. One thing that struck me about it is how everyone in the picture is dressed in their very finest. The world those people knew is long gone (not to mention the people, as well).

Shorpy has a couple of other Coney Island photos, including one of The Teaser and Surf Avenue around the same time period. 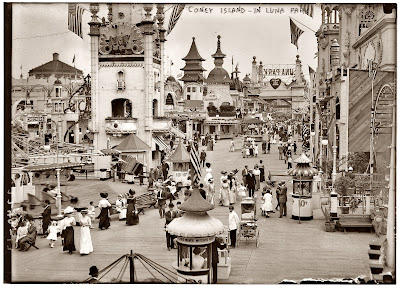 May 19, 1913. Promenaders at Luna Park, "The Heart of Coney Island." (from Shorpy.com)
From the Wikipedia entry:

Coney Island is a peninsula, formerly an island, in southernmost Brooklyn, New York City, USA, with a beach on the Atlantic Ocean. The eponymous neighborhood is a community of 60,000 people in the western part of the peninsula, with Seagate to its west; Brighton Beach and Manhattan Beach to its east; and Gravesend to the north.

The area was a major resort and site of amusement parks that reached its peak in the early 20th century. It declined in popularity after World War II and endured years of neglect. In recent years, the area has been revitalized by the opening of KeySpan Park, home to the successful Brooklyn Cyclones minor league baseball team.

Coney Island became a resort after the Civil War as excursion railroads and the Coney Island & Brooklyn Railroad streetcar line reached the area in the 1860s. With the rail lines, steamship lines and access to the beach came major hotels and public and private beaches, followed by horse racing, amusement parks, and less reputable entertainments such as Three-card Monte, other gambling entrepreneurs, and prostitution.

When the Brooklyn Rapid Transit Company electrified the steam railroads and connected Brooklyn to Manhattan via the Brooklyn Bridge at the beginning of the 20th century, Coney Island turned rapidly from a resort to an accessible location for day-trippers seeking to escape the summer heat in New York City's tenements.
Posted by Chris at 1:05 PM No comments:

Email ThisBlogThis!Share to TwitterShare to FacebookShare to Pinterest
Labels: photography 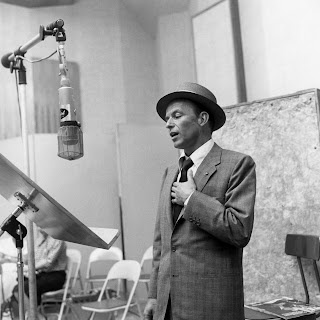 "Witchcraft" is a 1957 song composed by Cy Coleman, with lyrics by Carolyn Leigh.

Sinatra's 1957 recording earned three Grammy nominations. Capitol Records released it as a single, the B-side being "Tell Her You Love Her." It made it up to #20 on whatever the popular music charts were called back then. This is Frank's entirely decent live performance of it on his 1965 TV special Frank Sinatra - A Man and His Music: 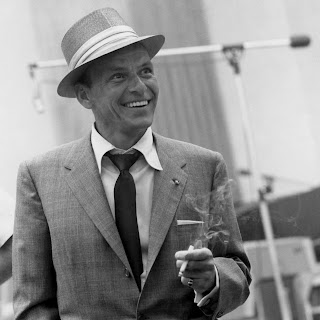 The Summit is together once more 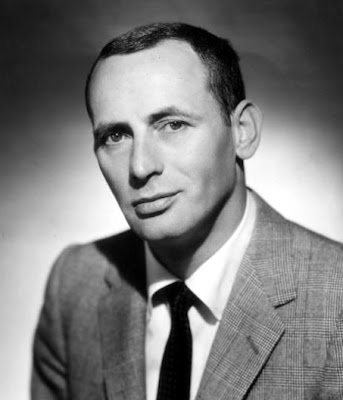