Whatever happened to John Megna? Who the heck was John Megna, you ask? Maybe this will help.

Megna portrayed Dill (Charles Baker Harris) in the 1962 film masterpiece, To Kill a Mockingbird. Dill is Jem and Scout Finch's summer neighbor and friend, and he represents the perspective of childhood innocence throughout Harper Lee's novel. 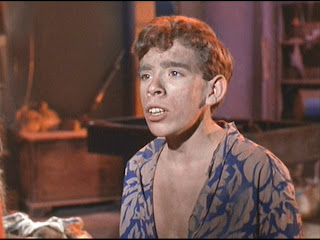 He would reappear on my own personal cultural radar in season one of Star Trek, in the episode "Miri," originally broadcast on October 27, 1966 (two days after I was born). Though credited as "Little Boy," many no doubt think of him best as being the "bonk bonk on the head" kid. 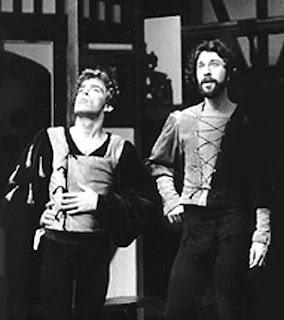 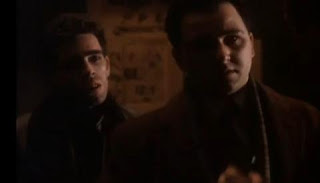 Megna (might the name have been an issue?? should he have changed it?) performed some on the stage, and according to his IMDb entry, he appeared in several more minor TV and movie roles throughout the '70s and early '80s. Most significantly (in my humble onion), he portrayed the "Young Hyman Roth" in The Godfather Part II (1974). 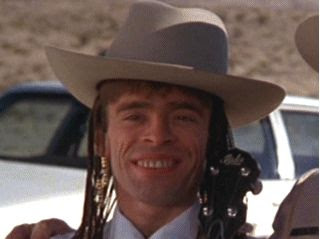 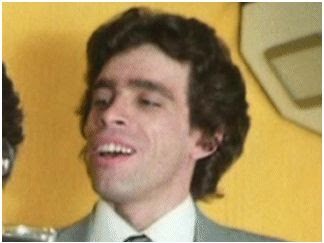 After "cameo" roles (putting it nicely) in both Smokey and the Bandit II and Cannonball Run, I guess John figured the acting game was up, and he became a high school English teacher, last teaching at James Monroe High School in North Hills, CA. On September 5, 1995, in Los Angeles, California, he died from AIDS-related complications (damn, you hate to see that) at the age of 42 (source). 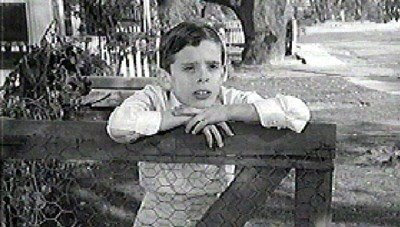 School finally ended and summer came...and so did Dill.
Posted by Chris at 9:08 PM

Email ThisBlogThis!Share to TwitterShare to FacebookShare to Pinterest
Labels: movies, Star Trek, To Kill a Mockingbird

What freaks me out is that the character Dill was actually based on Lee's childhood friend Truman Capote!

That's for sure. You never really look at Dill the same way again once you know that! I'm guessing Capote was a much....stranger child than Dill though.

John Megna was my honors English teacher in Jr. High.

A must see is the Alfred Hitchcock episode "The Magic Shop". Megma is genuinely scary...

John Megna was my Engligh teacher at Monroe High years ago. Not a bad guy...

John Megna was Connie Stevens 1/2 brother. He grew up in Queens, NY and attended Holy Cross High School, always followed by a "body guard". I knew him in grammar school; he was in my younger sister's class at Christ the King, in Springfield Gardens, NY.

I just watched John Megna on Alfred Hitchcock's episode of the magic shop. I realized that I hadn't seen him since I was a child,we both were born the same year. I also remember him from To Kill A Mockingbird. i hadn't realized he died.

Thank you John for the memories. I remember you well.

Mostly right, except for the "body guard" part. John was in my class throughout Holy Cross, there never was anybody following him. In fact, his "celebrity" was quite low-key and not even well known at school.

I thought he was an excellent actor in "To Kill A Mockingbird" and kind of cute in his childlike way. He did a great job in that film. Was sorry to hear that damn AIDS got him.

John never had a body guard at Holy Cross. He graduated in 1970. I remember him in my Feshman year telling us not to be 2:38ers which was the time the bell rang for the day. He talked about staying after school and being involved in school activities to make your high school years count.

He was also the little boy who knocks over the music box at the beginning of the film Hush Hush Sweet Charlotte.

johnny was a sweet guy, my wife worked for his sister ava when she started at bob dylans studio

Always gotta be somebody who makes a rude, unnecessary comment. He wouldn't think highly of you either, HOLLY.

John Megna was two years behind me at Cornell. He was something of a celebrity when he arrived. We were in a production of Woyteck together in his first semester. He was a bit wild then. Megna was his stage name.

And you're probably uglier. That's why you made the stupid ass coment. I'm sure you're 5'5" and 250 lbs asshole.

I, too, remember John Megna. I went to Christ the King grammar school(we were in the same class) & he'd come into class & make us laugh, he was a nice kid. I always wondered what happened to him, I saw many of the movies he was in. Very sad to see he has passed away. I liked reading most of the posted comments here, except for the "rude Holly" one. Maybe she never learned that it's best to keep quiet when you can't say something nice. R.I.P. John, you gave many of us some nice memories. Thank you.

I studied with John at Cornell, and also knew him when I lived in LA for a few years. He was a terrific guy, and a good actor. I imagine that he was a good English teacher as well. (I believe that Megna was his real name, and not a stage name.) I'm sorry that we lost touch, and I was sad to hear of his passing so young.

Was proud to know John and be a part of his dinner theater group on the Jersey Shore back in the 1980's. His mother was "Columbia", the lady symbol for Columbia Pictures and she was such a sweet and lovely lady.When she grew ill, John took care of her at home himself. It was very sad when she passed on. I knew John to be generous, kind, and a gifted director. So sorry to learn of his early death. I"ll miss him. L.G.

I knew john from blessed sacrament grammar school in bayside queens.he and his sister transferted to the school when john wad in 5th grade. Nice kid,smart funny and mysterious. Sorry to hear he passed away so young.

I didn't know that John had passed. RIP. I knew his father from the Pharmacy Parker and Megna in Brooklyn. John would sometimes be at the store with his Dad. Loved him as Dil...

I don't remember scenes with a "young Hyman Roth" in Godfather 2. Could someone refresh my shaky memory?

His scenes in the Godfather Part II didn't make the final cut. Which I fell should've been kept in the movie because you wouldn't know that Vito was really the one who discovered Hyman Roth unless you saw the footage on sites like YouTube. And the scene could've been important to portray how far back the relationship between him and the Corleones, especially since we know what he wanted to do to Michael years later.

Megna was his real name. His father owned a drug store in Brooklyn, NY. (Parker & Megna) I remember him as a kid sometimes playing outside the store

Megna was NOT his real last name, it was Ingolia. And he died of HIV.

He was a truly gifted child actor. His work in The Magic Shop was really astonishing.

He was always such a striking and memorable child. I have no doubt that he was likely a well known, liked and self assured gentleman, because he seemed so self possessed of himself even as a small child. It is only such an individual who could leave such an impression after so few roles. I suspect he fully embraced life otherwise he would not have had such range.

Hey all, I just wanted to say how special these comments on this particular post have been all these (gasp) eight years. The comment section has turned out to be a really unique place for a small group of people who knew John Megna to leave little crumbs of memory and knowledge. I hope more comes. Anyway, I did this reprint of the post at Medium, with an additional section with my favorite comments highlighted:

I went to Christ the King in Springfield Gardens. I was 1 school year ahead of John. In those days, the 8th grade girls wore different hats than the other girls. I remember that John would steal my hat right off my head and run around the school yard with it, while I chased him. I would get so mad!!!! Now I realize that I guess he just liked me back then, but I was too young then to understand that.

I was at hollenbeck, he was my teacher...i was being abused at home and all this teacher did was put me down... Everyday he would make fun of me or criticise my bruises and even made comments about my race... For years I carried that around... I was just a little kid, and he kicked me when I was down... Kinda hard to be upset now that I just found out he passed so long ago... Well... May he rest in peace and I will close my thoughts and feelings about this. And try not to think of this again... I forgive you John Megna...