In praise of Episode V


Yeah, another Star Wars post. Aren't you interested in anything other than AOL search results data? AOL users sort of deserve it, don't you think? 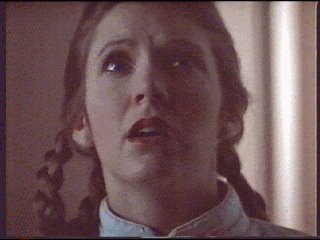 It's hard for me to put into words the experience it was to see The Empire Strikes Back when it first came out, back in 1980. This was a movie that entertained. I remember people laughing, cheering, and being moved to direct applause at a flat movie screen. It's hard to imagine today, in the day of websites that seem to be all about spoiling and giving away major plot points, but I can remember being genuinely shocked at many moments in the movie. Obviously, it was a complete surprise (seriously) that Darth Vader was Luke Skywalker's father. But for me, the really stunning aspect was that the audience was forced to leave the theater with a major character's (Han Solo) fate in limbo. 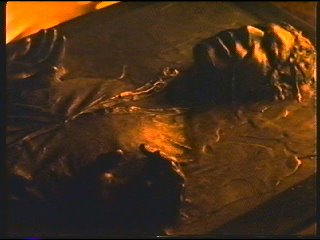 I clearly remember walking out thinking that somewhere, "out there," Han Solo was frozen in carbonite (I was a very young thirteen. I realize thirteen is like twenty, today). How could this be? How could all the good cheer and happy feelings felt at the end of Star Wars be so completely reversed? This of course was George Lucas, continuing with his homage to the old Saturday morning seriels of the 1940s, with their reliance on the cliffhanger ending to ensure the return of the audience. It worked! 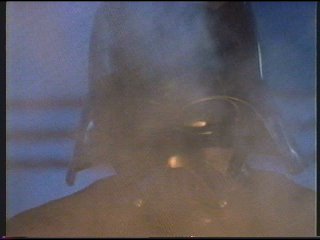 Here's a brief montage of another great Star Wars scene. It has it all--action, suspense, dark tragedy, anger (at Vader), humor, confusion, romance, frustration--all the things Lucas attempted to pull off (but was unable to) in Revenge of the Sith. Lighting strikes but once. As I queried in the previous post, how is it someone can do this, and I can't do this?:
The "I know" line still makes me laugh. He (Han Solo/Harrison Ford) says it almost with pity (i.e., "I'm so sorry you had to fall in love with a scoundrel like me, you poor, poor thing"). I remember the audience I saw this with back during the opening weekend ate it up! There'll never be another movie like The Empire Strikes Back. Kind of like I'll never be thirteen again. Right, R2? 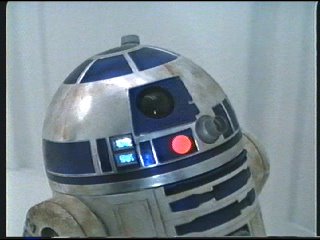 Okay first of all, I was JUST talking to Jess about this scene in Empire yesterday, so get out of my head.

Second, my dad took me to see Empire when I was a wee tot. He really wanted to see it and my mom told him that I was too young so he snuck me out of the house and sat me on his lap for the movie. I promptly went home and talked about Han Solo for the next 24 hours. My mom kinda figured it out...

I agree that it's perhaps the most romantic scene in any movie, especially the first time you see it, when there is doubt that Leia will ever see him again (especially back before Return of the Jedi was released!). It works for males and females. It trumps, in my opinion, Gone With the Wind's "Frankly my dear, I don't give a damn." It's possible Harrison Ford had that in mind when he came up with "I know" over what Lucas had originally written, which, was, of course, "I love you, too." But we know Lucas can't write those types of scenes very well.

I did wonder why Vader prevented Boba Fett from firing. I also felt the "There'll be another time" line was significant, too. Empire is full of those kinds of lines and moments (i.e., Yoda's, "There is another").