Alan realizes it's not Peggy (Jill St. John) at the door. 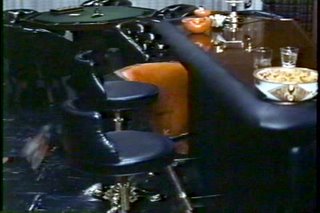 Buddy hides under the bar. Schmuck. 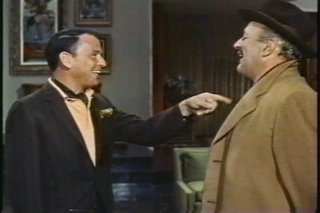 Sinatra holds his own in the scenes with Lee J. Cobb. Cobb was only four years older than Sinatra, yet he's playing Alan's father. 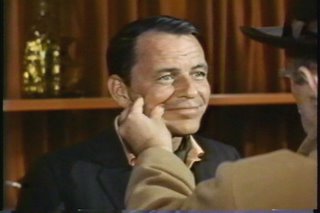 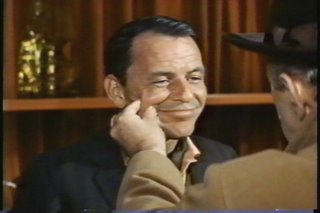 We find out the origin of the face grabbing. 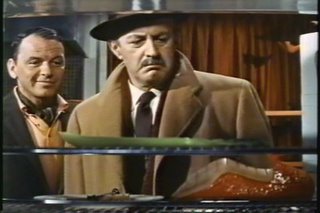 Alan has been living on a steady diet of broad.

Just as Alan finally, through the use of deceit, trickery, and sheer lying, has his father convinced he's on the straight and narrow, Peggy (Jill St. John) arrives, ready to fulfill Alan's deep-seated Peter Pan fetish. 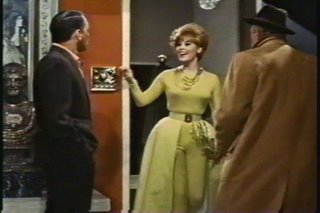 Pop leaves in a huff. 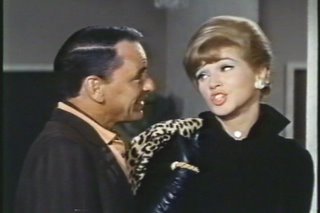 Later, Phyllis McGuire, playing Mrs. Eckman (a client of the family business with whom Alan (Sinatra) missed a meeting), makes a brief appearance. The father character (Lee J. Cobb) was so angry partly because Alan missed the meeting.

McGuire was Sam Giancana's girlfriend, and was given the part as a favor from Sinatra to Giancana. 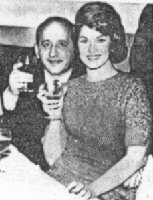 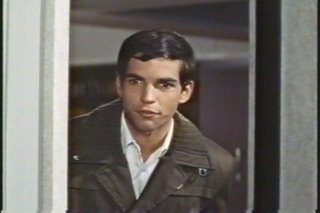 I can't imagine why he didn't become a huge star. 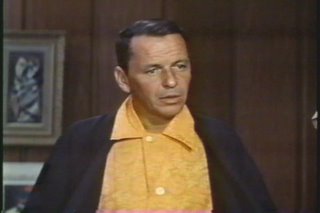 Yep. You guessed it, baby. 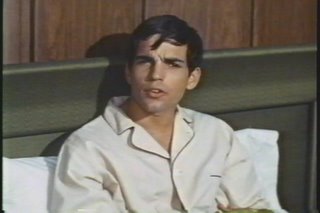 Not orange. What a Clyde. 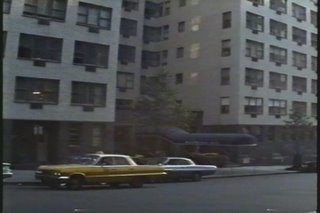 Alan and Buddy awake the next morning, and I'm pretty sure Alan is hungover. 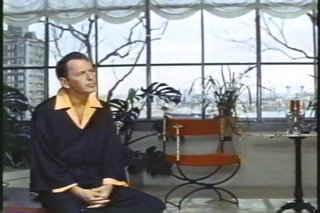 I guess Frank wore the more youthful toupe on this day. 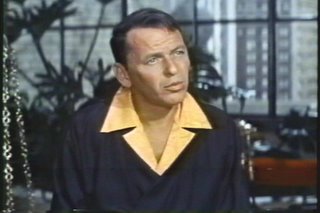 Poor boy, he should be out playin' ball, or something. 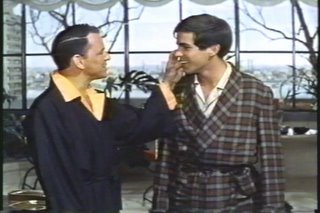 And with a grab of Buddy's cheek, they're off to the swingercave: 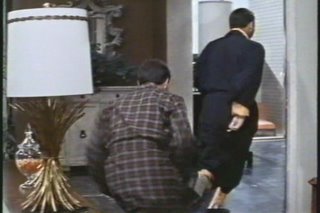 First lesson of the day: "How to steal a cab"

Here's the musical interlude. One could break into song in the middle of a movie in 1963:

I wish I could make more of that available (UPDATE: now complete version)

"Come Blow Your Horn" was written by the great songwriting team of Sammy Cahn and Jimmy Van Heusen. They went way back with Sinatra. 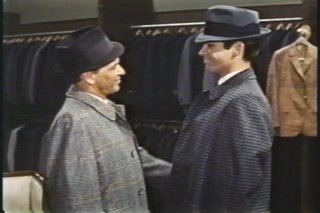 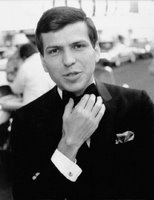 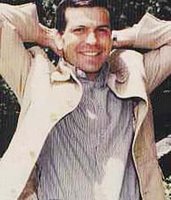 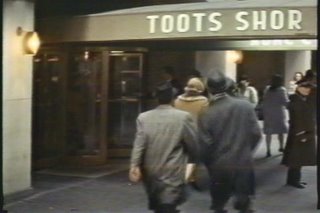 They end up at one of Sinatra's favorite mid-60s N.Y. hangouts,Toots Shor's, where they proceed to get sloshed at an astonishingly brutal pace. 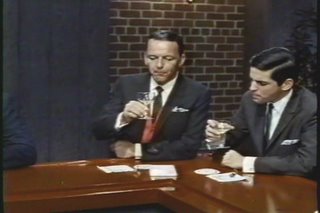 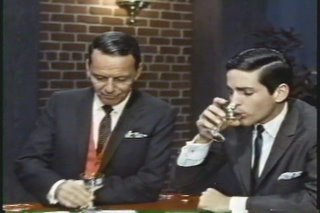 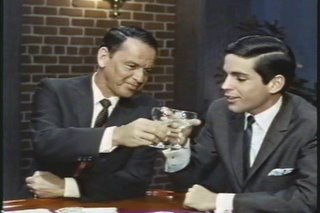 By the way, there's an entire subplot dealing with the parents and another one of Alan's (Sinatra) girlfriends I've left out.

You might be suprised, but Come Blow Your Horn was not ignored when it came time for awards season in Hollywood.

For what it's worth, Rotten Tomatoes gives it rating of "fresh" and a reading of 83%. 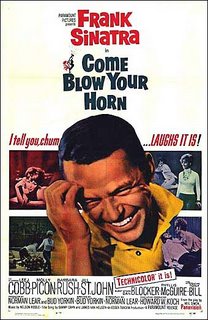