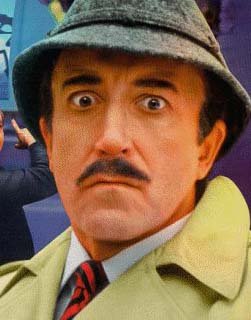 Like most fans of the originals, when I heard there was a "new" Pink Panther movie in the works (according to IMDB, its working title was The Birth of the Pink Panther, so they may be planning a few more), I questioned the point. When I found out Steve Martin was set to star in the part of Clouseau, I cringed, and feared for the worst. He also co-wrote the screenplay. 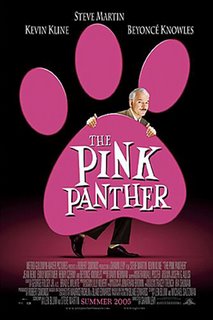 Martin seems to be long past his prime, and has appeared to be stuck in a rut as far as movie choices go. Father of the Bride, Father of the Bride II, Sgt. Bilko, Bowfinger, Looney Tunes: Back in Action, Cheaper by the Dozen, and Cheaper by the Dozen 2 come to mind, just to name a whole stinkin' bunch. My theory is he's received career advice from another actor who will do any movie offered to him, Michael Caine, his Dirty Rotten Scoundrels co-star.

All my negative feelings have changed, though, after seeing the new trailer. Now, I know movie trailers can be incredibly deceiving and manipulative, so I'm still a little skeptical. But I feel a lot more positive about Martin as Clouseau. It might be really funny. Darnit if I didn't laugh until I shed a tear or two while watching. This could be a very pleasant surprise. But, then again, it's not coming out until February, usually a sign that the movie studio behind a film doesn't have much confidence in it. Martin could obviously never replace Sellers, but he may pull it off. I like him, so I hope he has. 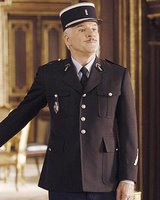 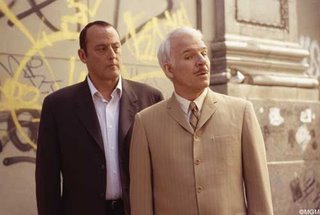