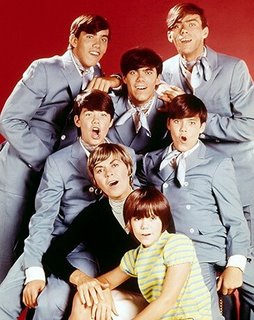 "The Cowsills were a band specializing in what would later be defined as 'Pop' or 'Bubblegum' Rock. The band was formed in the spring of 1965 by four brothers — Barry, Bill, Bob, and John Cowsill — in Newport, Rhode Island. 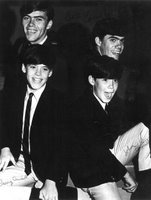 After their initial success, the brothers were later joined by their siblings Susan and Paul and their mother, Barbara. 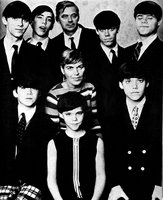 Originally inspired by the Beatles, the Cowsills developed their musicianship and harmonized vocals in performances at school dances and churches in their hometown. They were encouraged by their parents, Barbara and Bud Cowsill, who drove them around to shows in the family's station wagon.

The band drew increasing attention through the 1960's as their musical proficiency improved. In late 1965, the initial four members were hired as a regular act on Bannisters Wharf in Newport where they would sing Beatle songs hour after hour.

In 1966, the band were signed by MGM records, and shortly after Barbara - who would become known to their fans affectionately as "Mini-Mom" due to her diminutive stature - joined the group to record 'The Rain, The Park and Other Things'. Shortly thereafter the band was expanded yet again to include siblings Susan and Paul. 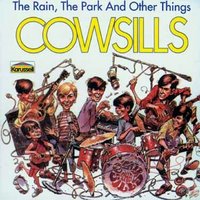 In 1969 they had another number two hit with their version of the title song from the musical Hair.

The Cowsills also made many television appearances throughout the late 1960s and into the early 1970s, including on their own television special. They were approached at one point to play the roles of the children on the television series The Partridge Family, but they were not willing to have actress Shirley Jones play the role of their mother instead of their real mother. The Cowsills were also known as spokespeople for the American Dairy Association, appearing in advertisements promoting milk. 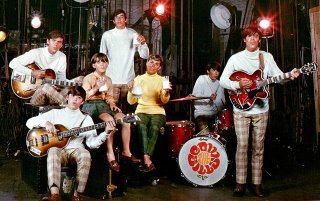 In 1971, following a series of personal problems among the family members, and sqabbles and disagreements between each other, the Cowsills stopped playing together as a band. The individual members went on to various career attempts within and outside of the music industry, and some produced albums and performed from time to time, albeit not as the Cowsills in their full membership during the remainder of the 70's and up through the majority of the following decade." 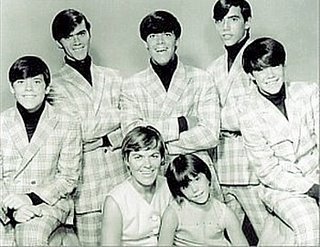 A group of fans have started a a drive to get The Cowsills inducted into the Rock & Roll Hall of Fame, and they compiled the following list of career accomplishments:

The Cowsills played a live show at my elementary school a few years back. here are the photos of that event.

It must have been nice! You are lucky. I didn't see Susan or Barry. Thanks for the link.

The Cowsills album (with the song "Hair") was the second album I ever bought as a teenager. Wish I still had it.

That must have been The Cowsills: In Concert. Those kinds of things get lost in the shuffle too often.

This is great! Thanks for the update on the documentary.

I know, Leslie! I hope they are able to finish it. I'd love to see it in any shape.