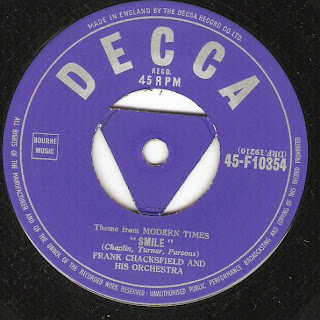 Two songs, bipolar polar opposites (at least titularly). Like other recordings, I'd like to climb into each and crawl around within. And by this I mean they are indicative of an era for which I strangely yearn - nostalgia for that which I myself did not experience. 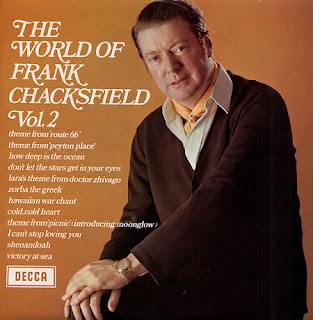 This version of "Smile" was arranged and conducted by a distinguished looking British chap named Frank Chacksfield. A perfect melding of lounge and easy listening styles, it's a shame this type of thing is no longer done. It was recorded for his 1965 album, The New Limelight. Ahh, 1965....Chacksfield came out of the Big Band Era and obviously managed to make a go of it after that type of music was no longer widely popular (hello, Elvis!). 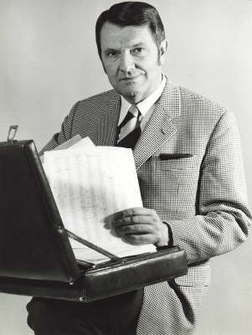 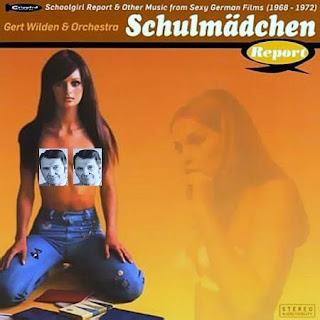 That fact may cast a slight pall on ol' Gert, but I still love "Blue Mood," such a beautiful composition to come out of that trash. Not everyone could be Henry Mancini! Those Big Band Era guys had to earn a living, I suppose, even long after the era has passed.