"Your Mother Should Know" 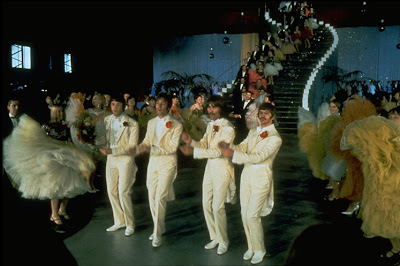 I think about two things (mainly) whenever I see the finale to The Beatles' Magical Mystery Tour:

1) What precisely does John's maniacal, persistent smile mean? Is he mocking the song/the Busby Berkeley-esque quality? Did he feel what they were doing wasn't "cool"? They were, after all, just four leather-clad rockers from Liddypool...Or is he simply off his rocker at this point?

And 2) Just how many takes did it....take to film the lads coming down those stairs?? Or did they just rehearse their butts off and get it in one take? Beatle George mentions in the The Beatles Anthology how difficult it is was for them to film scenes in Help!, primarily due to their (at that time) constant intake of tea. But the timing of things in this part of Mystery Tour must have presented everyone involved with an entirely different, more complex level of challenge! Watch Lennon at about :15 as he almost blows it. And of course, Paul's black rose led to those fanatics with too much time on their hands (today called "bloggers") to continue believing Paul McCartney had been dead for years and had in fact been replaced with Billy Shears. 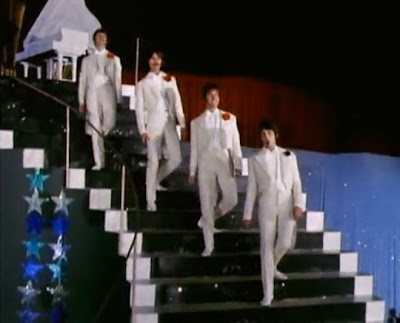 Anyway, it's one of the great tunes on the soundtrack, sort of a "music hall" style ditty, along the lines of "Honey Pie" or "When I'm 64," which Paul was known for writing at that time. According to the song's Wikipedia entry, Brian Epstein made his last appearance at a Beatles recording session while they were doing this one.


An amazingly clearer (but much shorter) version: 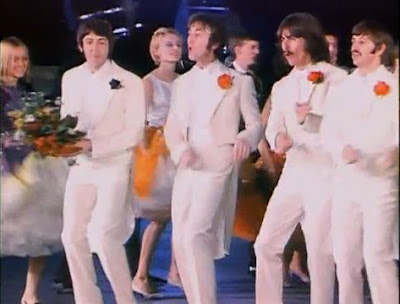 And neither of those videos has my favorite moment (perhaps in all of Magical Mystery Tour), which can be seen starting here. 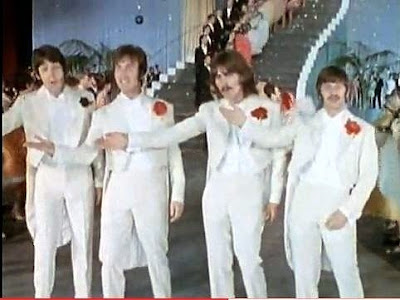 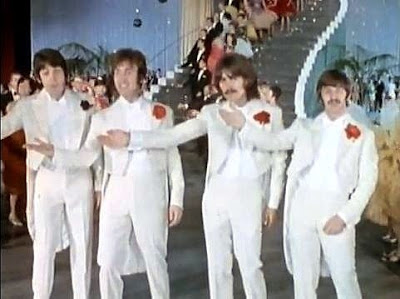 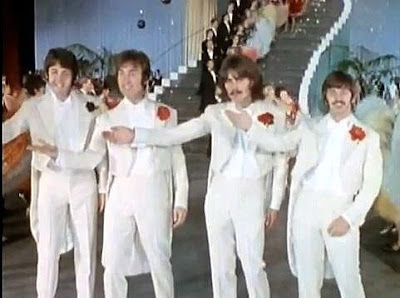 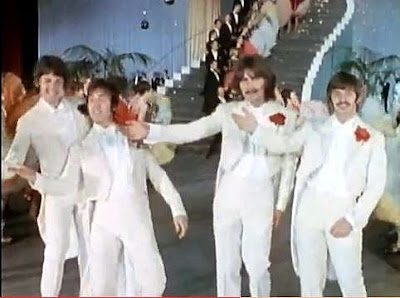 Email ThisBlogThis!Share to TwitterShare to FacebookShare to Pinterest
Labels: Beatles