"This Is the Day" 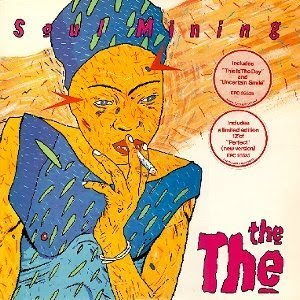 Anytime I was part of a band, way back in "the day" (the '80s), one of the hardest things to do usually seemed to be coming up with a good band name that wasn't already taken. When I heard about The The, I at first thought "how lame" and "how unoriginal." But I now see the pure, simple brilliance of it. I was so much older then, I'm younger than that now. I never heard any of their music....until that M & M's ad with "This Is the Day." This must be their best, or best known song, because it's sort of the name of their official website. And I think it's a damn good, catchy little tune. I can see why the M & M brand wanted to use it. It's very upbeat and instantly evocative of that "happy" era, the 1980s. 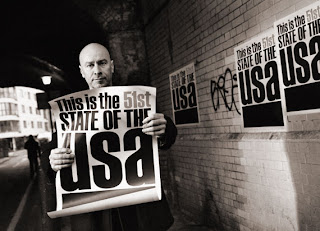 Matt Johnson of The The
Reading about them, it would seem the group has actually always been primarily a guy named Matt Johnson. "This Is the Day" was on their/his 1983 album Soul Mining. And someone had the courage to upload it to YouTube (yay!):

Sorry for the delay but have been out of town and just checking the site. Anyway, the album version of "Uncertain Smile" on that same record is one of the best songs ever. It has a piano solo by Jools Holland that just rips a new one. How they weren't more popular in the US astounds me.
Have a great weekend. Off to have an extra dry martini with 3 blue cheese stuffed olives!
Ed

No need to apologize! I remember they were a big, critical fave. But you're right, for some reason they never struck a chord with American audiences. Maybe the record label didn't promote them effectively? And, I don't remember any music videos from them - that would have been the way to break through in the '80s.

Have a great weekend - enjoy those 'tinis!

The music could be so peppy and bubbly. The '80s are frighteningly like the '50s were to us back then.

When mainstream/commercial music is ultra-peppy and cheesy you can almost always bet there’s an equal, opposite reaction to it coming from the underground. In the case of The The during the 80's,their sound was definitely a bit dark and unconventional yet it's lovely and complicated as well, with lyrics occasionally bordering on profound...a far cry from radio-friendly Menudo or Debbie Gibson or New Edition.

But hey, peppy has its place, too…give me a few glasses of "bubbly" and I’ll be singing along to ‘50’s era Lawrence Welk and the Lemon Sisters which we all know is “wunnerful, wunnerful” music! - Kirsten