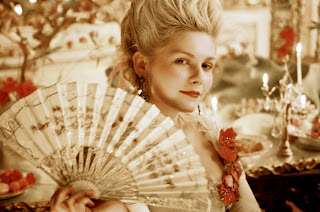 "Fools Rush In" (1940) is a popular song written by Johnny Mercer, who wrote the lyrics, and Rube Bloom, who wrote the music. It became a favorite song for Frank Sinatra to perform, and the version he recorded attained popularity. This song has been covered by many artists, most notably by Elvis Presley in 1972 (not to be confused with Elvis' 1961 song "Can't Help Falling in Love," which also features the lyric "Fools Rush In"). It can also be heard on the soundtrack for Marie Antoinette, performed by 80s New Wave band Bow Wow Wow. The full adage, "Fools rush in where Angels fear to tread" is taken from Alexander Pope's "An Essay on Criticism." 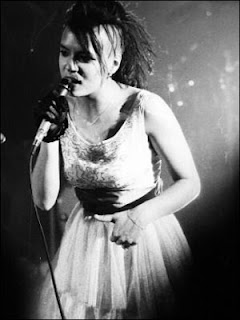 Annabella Lwin - who I think of to this day whenever putting on a sweater
Here are two versions of Bow Wow Wow's take on "Fools Rush In." The first is from a 1980 EP cassette called Your Cassette Pet:


And here is the Kevin Shields remix from the Marie Antoinette soundtrack (Sofia Coppola chose two other Bow Wow Wow tunes for it - "Aphrodisiac" and a Kevin Shields remixed "I Want Candy"). It is radically different, and far superior (IMHO) to their original:


Finally, here's Rick Nelson doing it on Ozzie and Harriet. This is similar to the approach taken by Bow Wow Wow, some thirty years later:

Thanks for the different versions of 'Fools Rush In.' I think I'll always love Sinatra's rendition best though.

Oh, absolutely. You can't beat Sinatra's version (particularly the one on Nice and Easy). Any other version by anyone else is laughable, really.