San Augustine - "The Cradle of Texas" 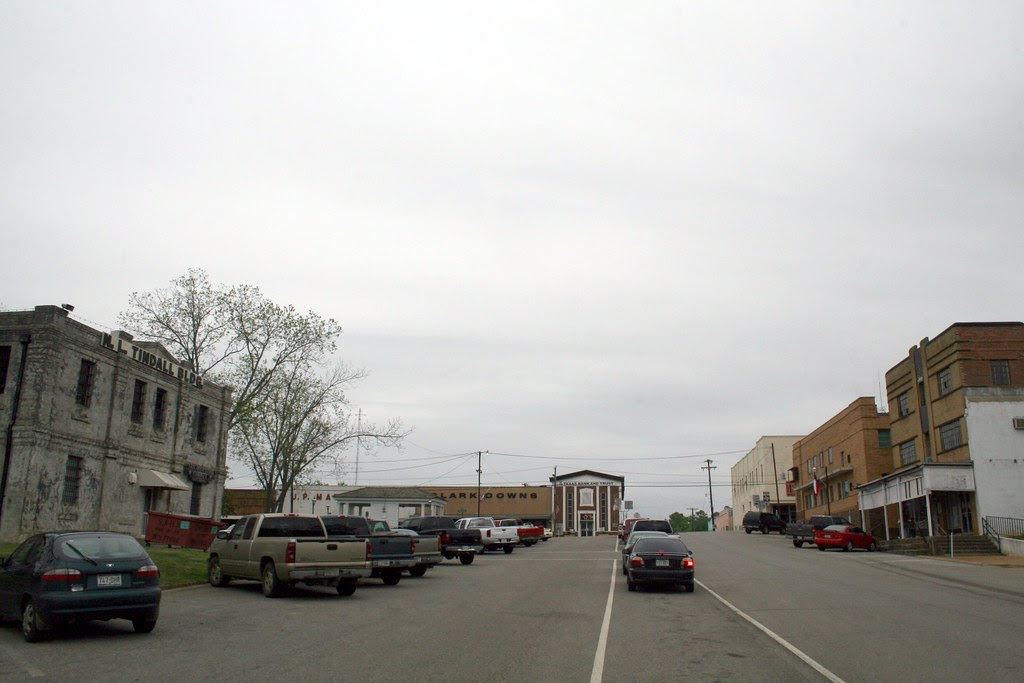 San Augustine's history predates the revolution. As early as the 1540s, European visitors were getting lost in the pines around San Augustine. In 1691 the Old San Antonio Road (as it was later called) was cut by Domingo Teran de los Rios. The Mission Nuestra Senora de los Dolores de los Ais was established in 1717, has been restored and is one of San Augustine's major attractions today.

As Anglo migration to Texas increased in the early 1800s, San Augustine was the site of the customhouse and a stopover for everyone entering Texas. It soon became the most civilized place around, and its early history shows it to be the birthplace of several colleges and the first churches (in Texas) of several denominations were opened here. Sam Houston was a frequent visitor and Texas' first governor now sits (as a statue) on the courthouse lawn of his former residence. (info. from TexasEscapes.com) 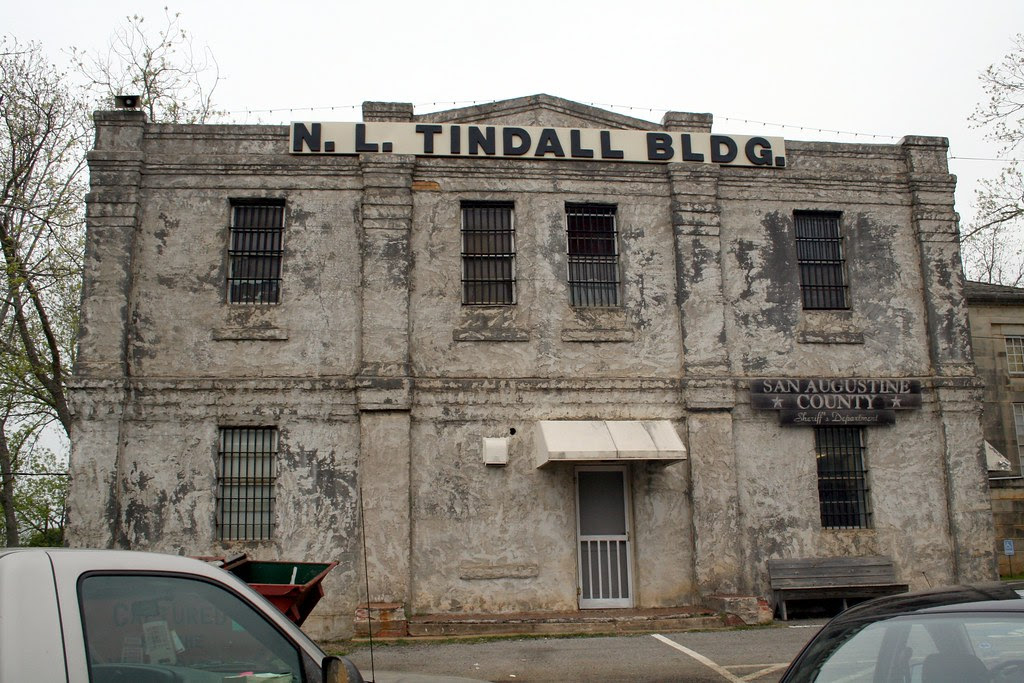 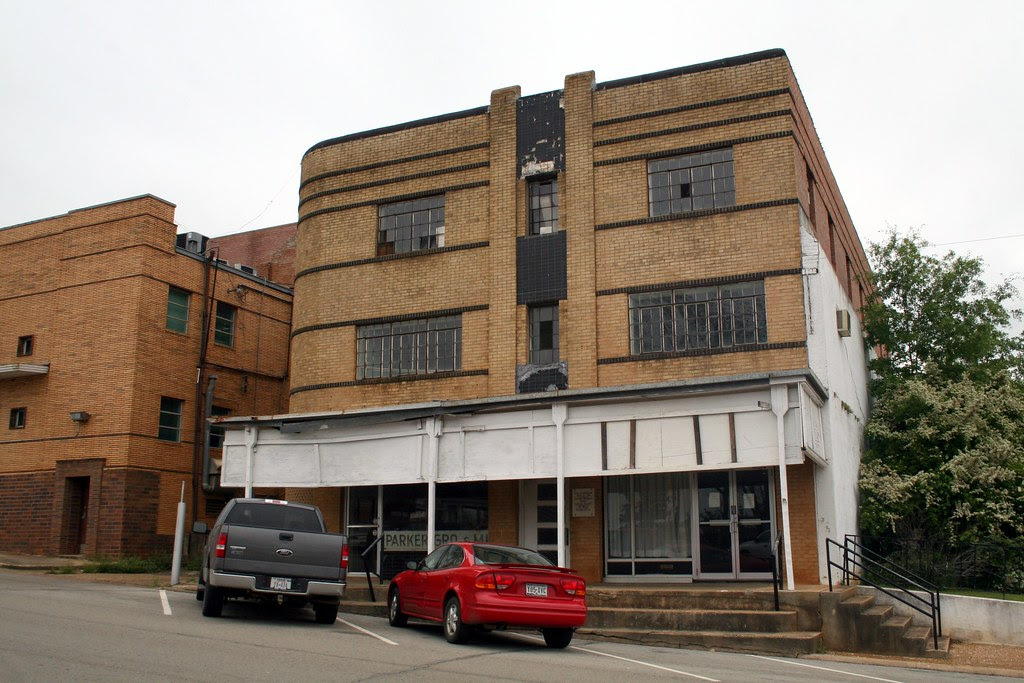 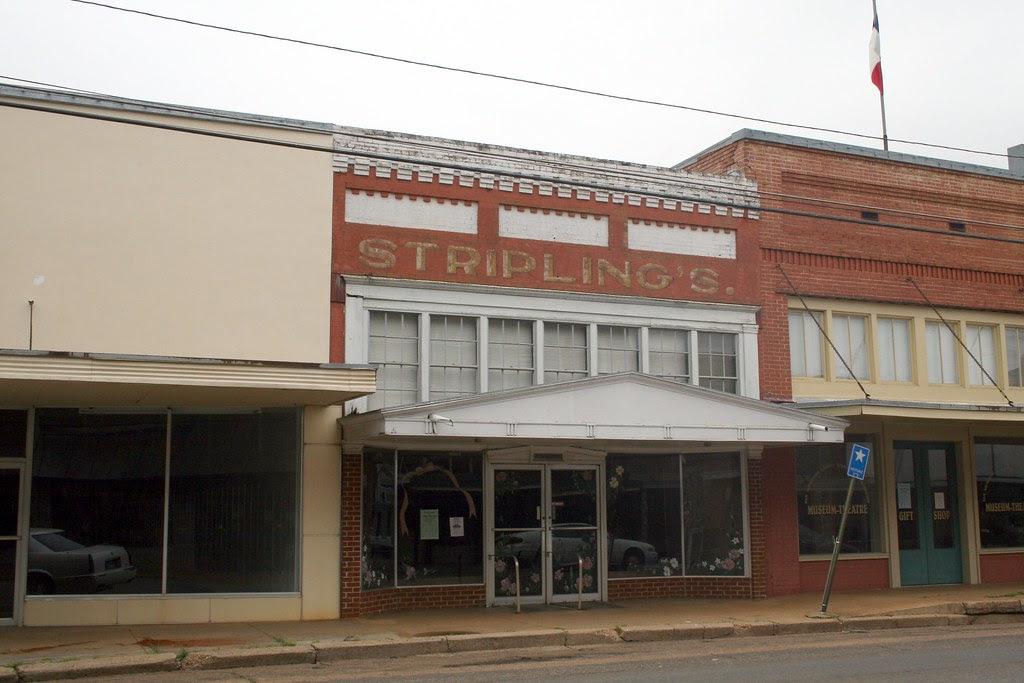 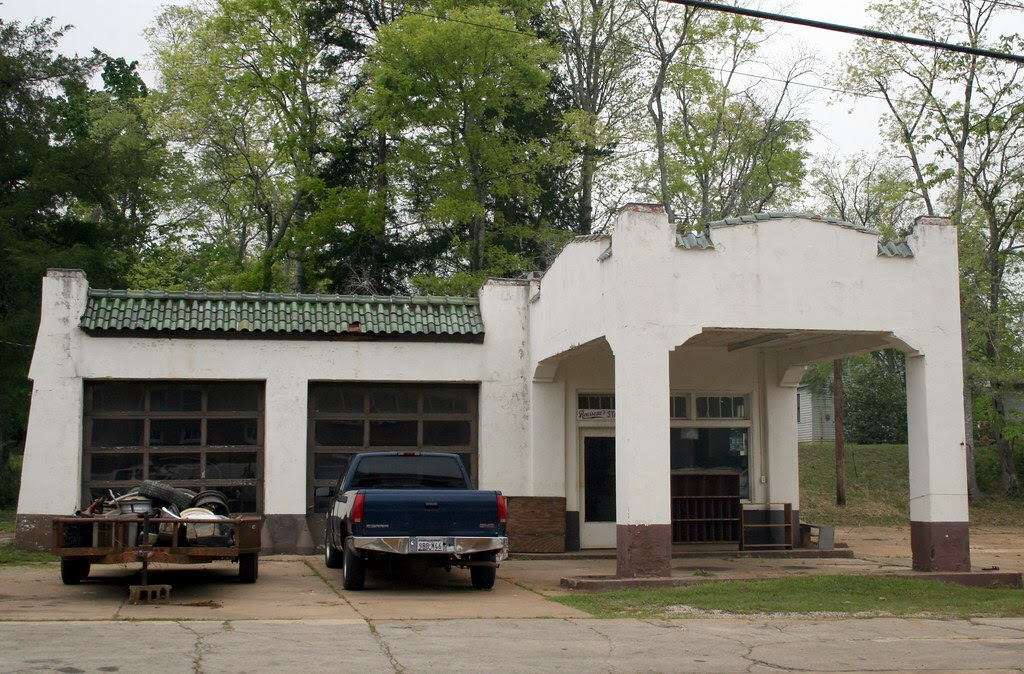 Obviously an old gas station. Anyone know what kind it was?? I've seen them in I've also seen them in Henderson, Rosenberg, Greenville, and Joinerville. 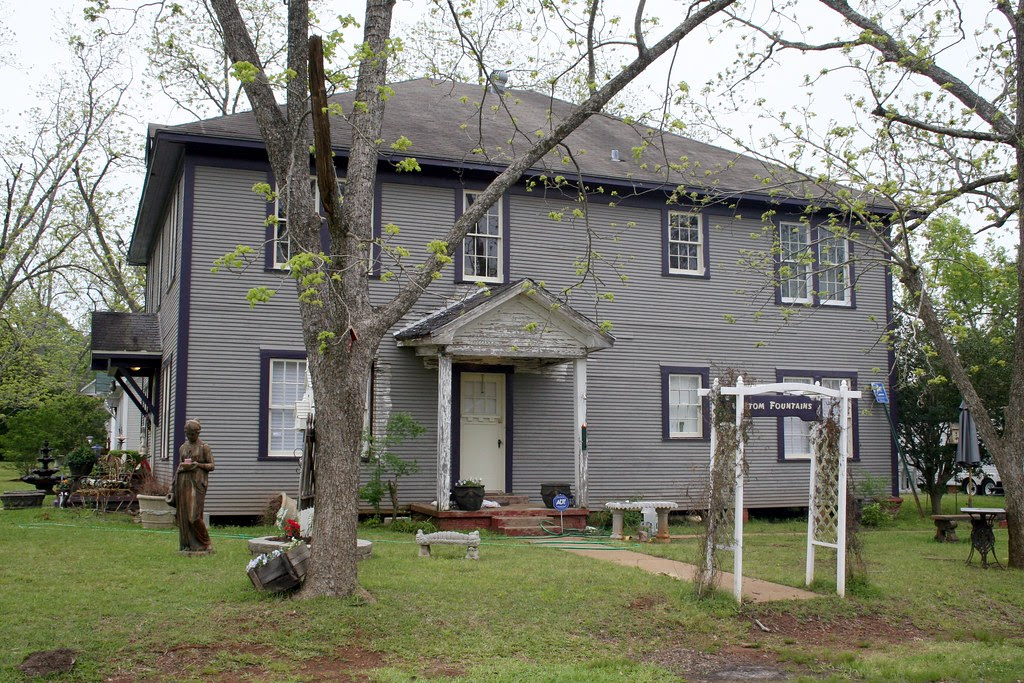 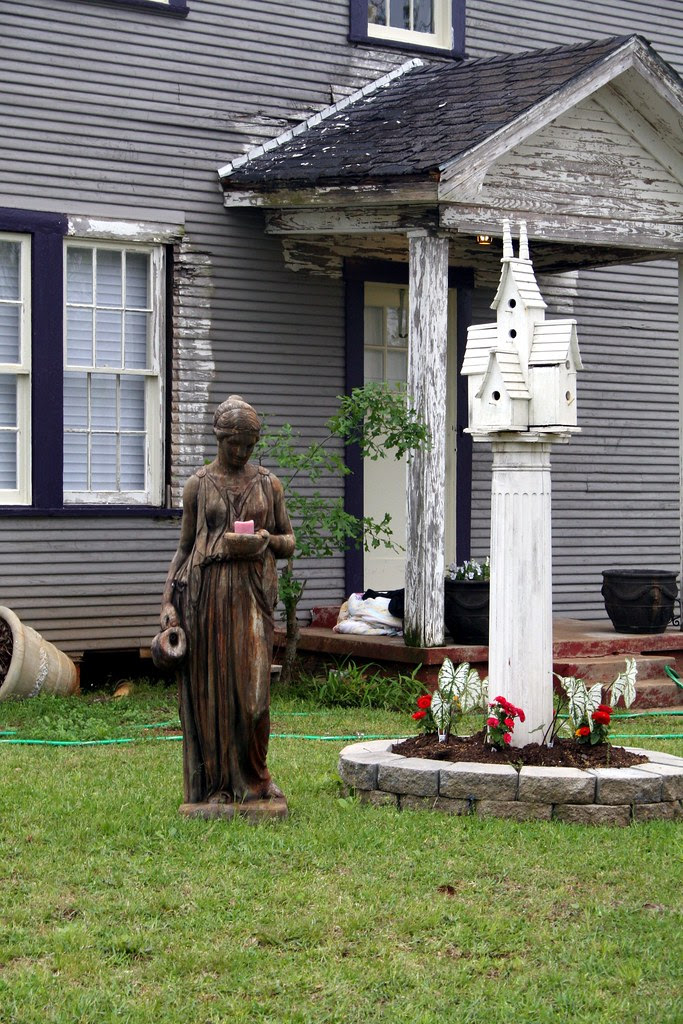 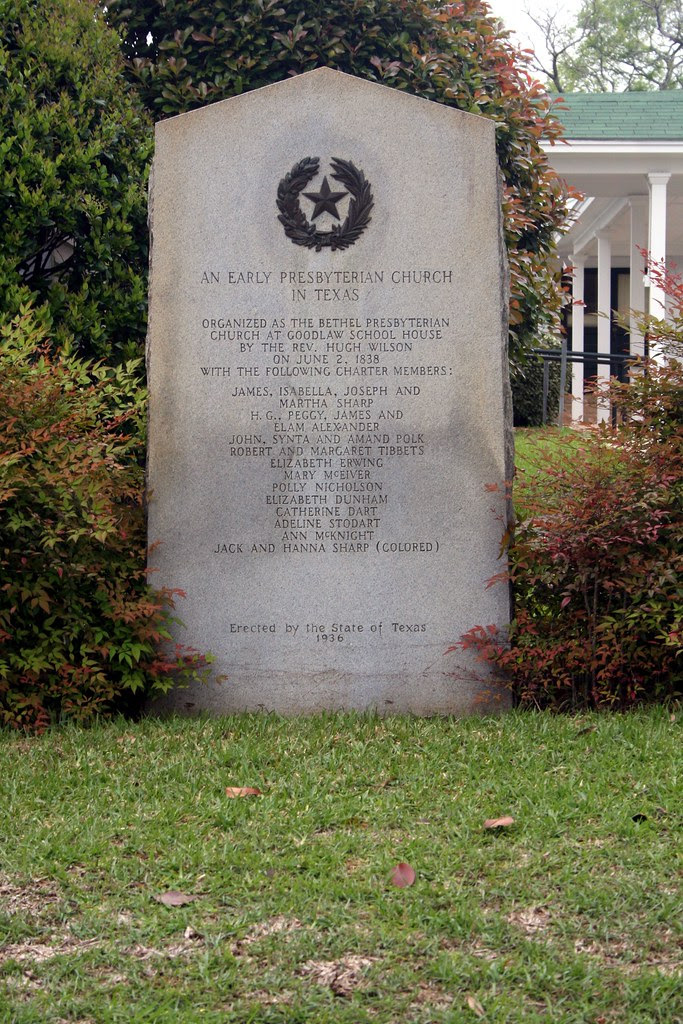 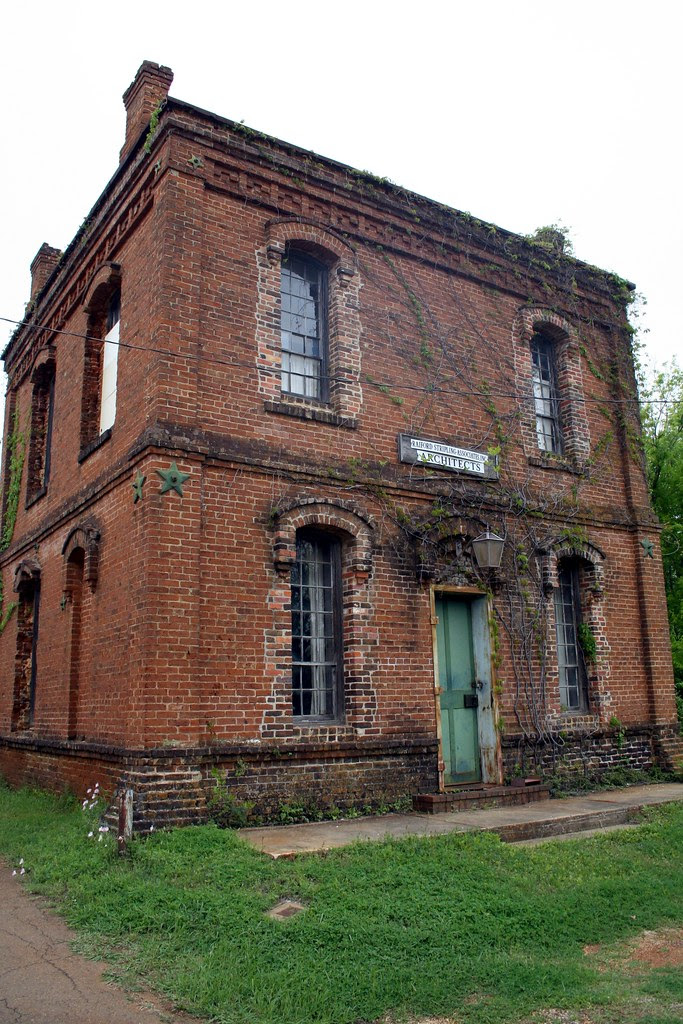 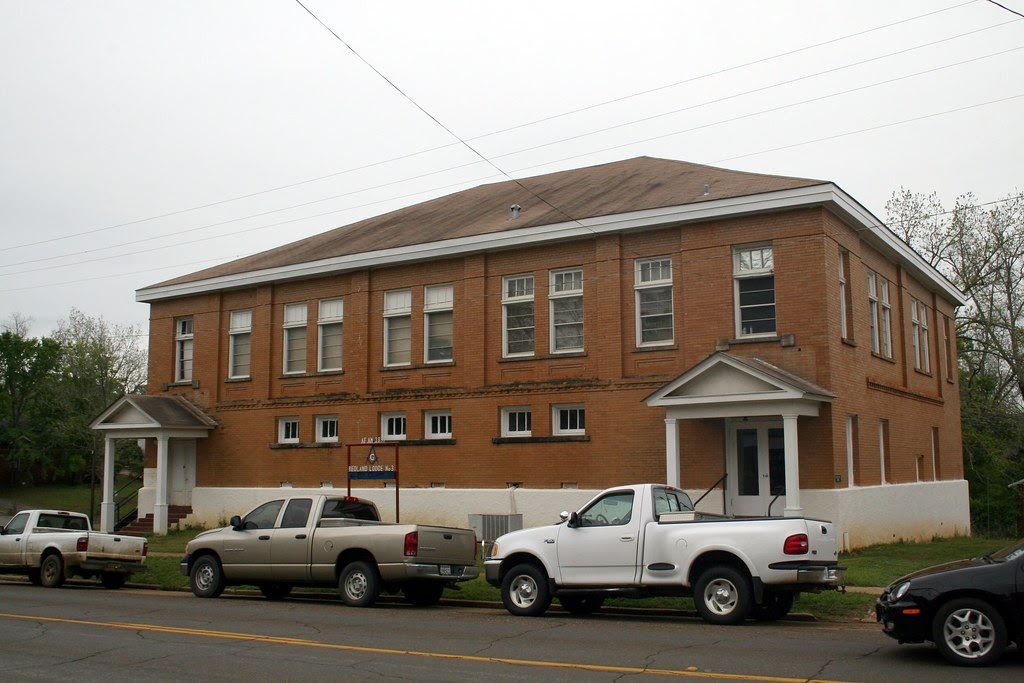 Masonic Lodge - Red Land Lodge #3 was organized in San Augustine in 1837. The Masonic Temple was erected in 1910. It is also the home of the John Gillespie Chapter of the order of Eastern Star organized in 1904. 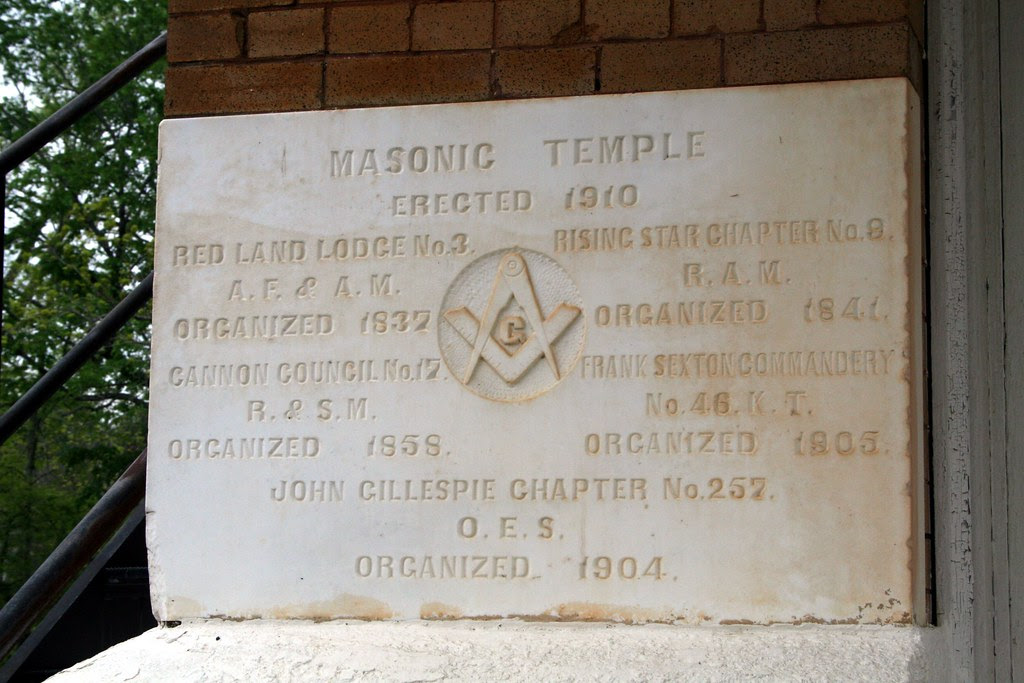 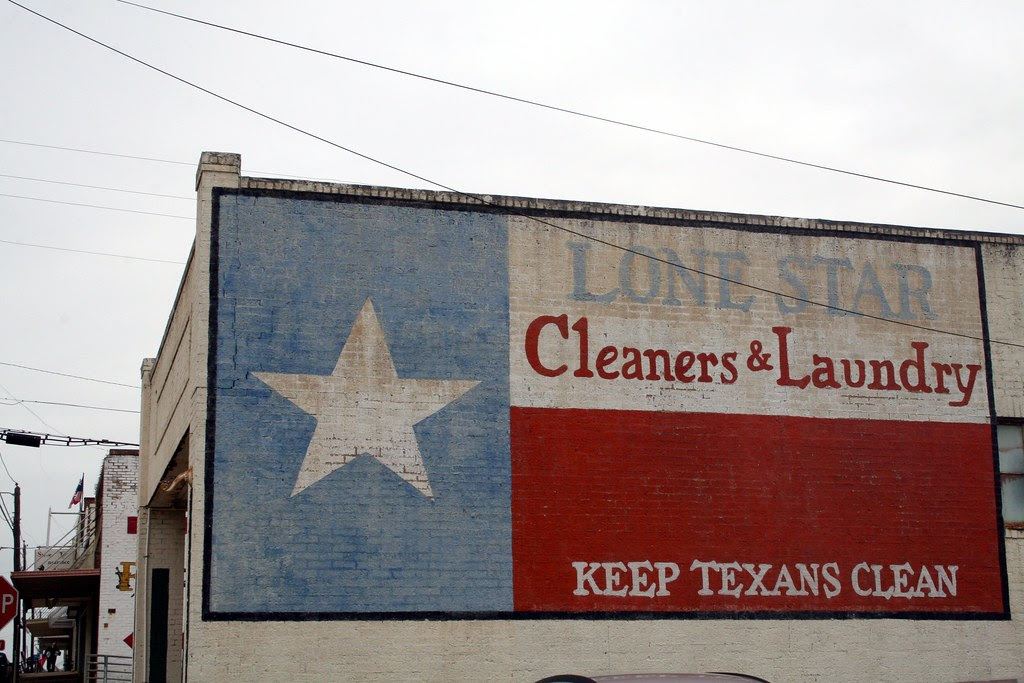 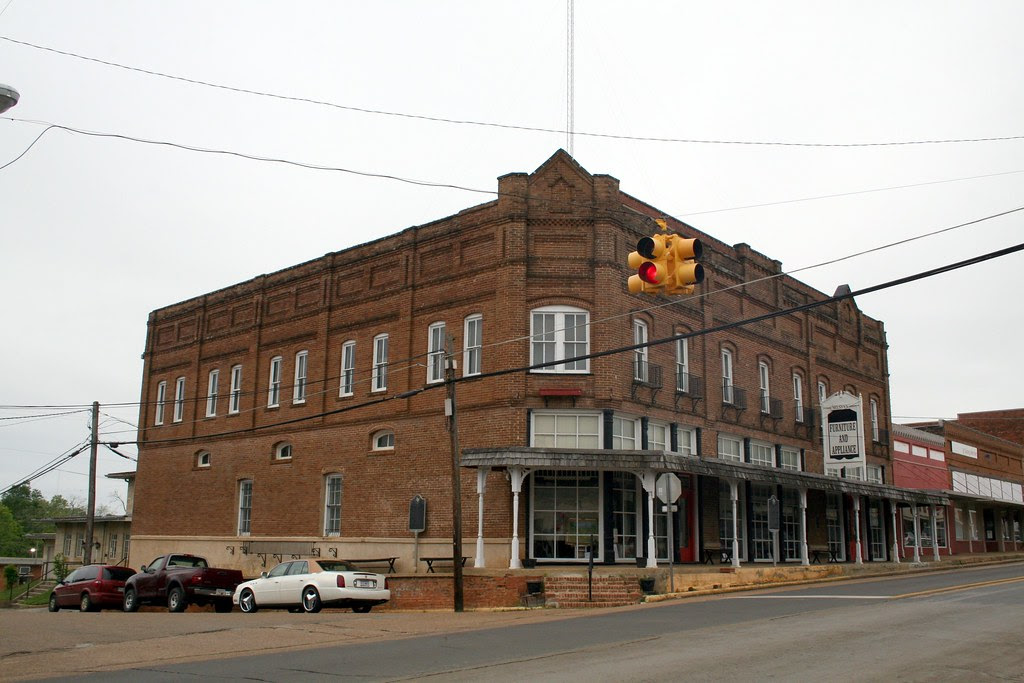 Hollis Building - a general merchandise store, the Yellow House was built by John P. Border before the Civil War. The current structure, built by I. H. Hollis, was completed in 1884.

The Old Custom House was established during the Republic of Texas. For years it was the only public building in town. It also served as the county courthouse until 1854. 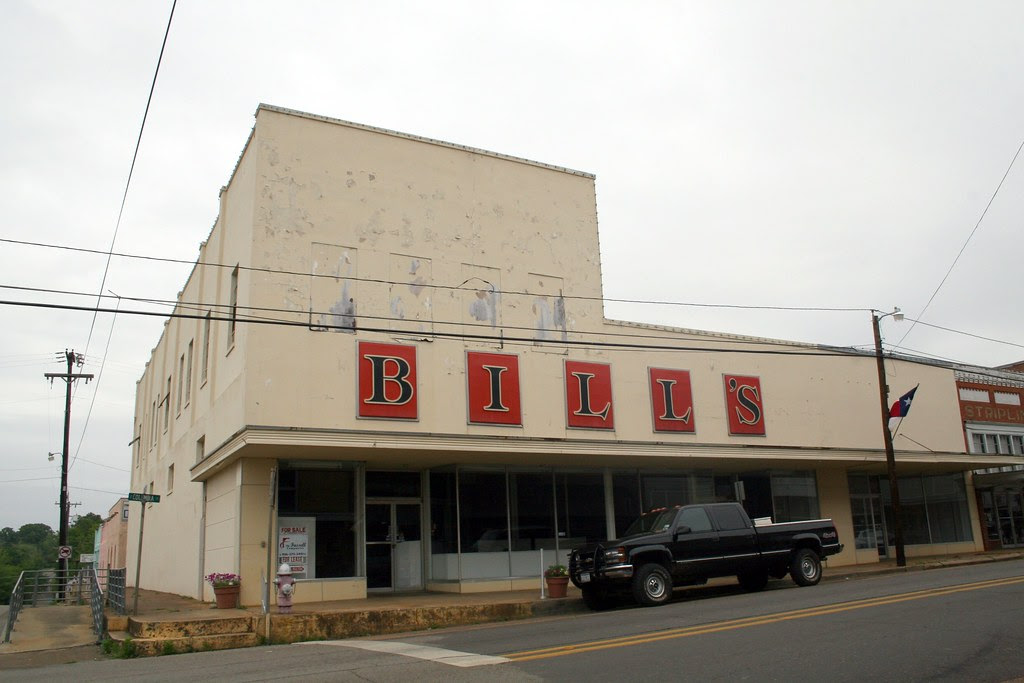 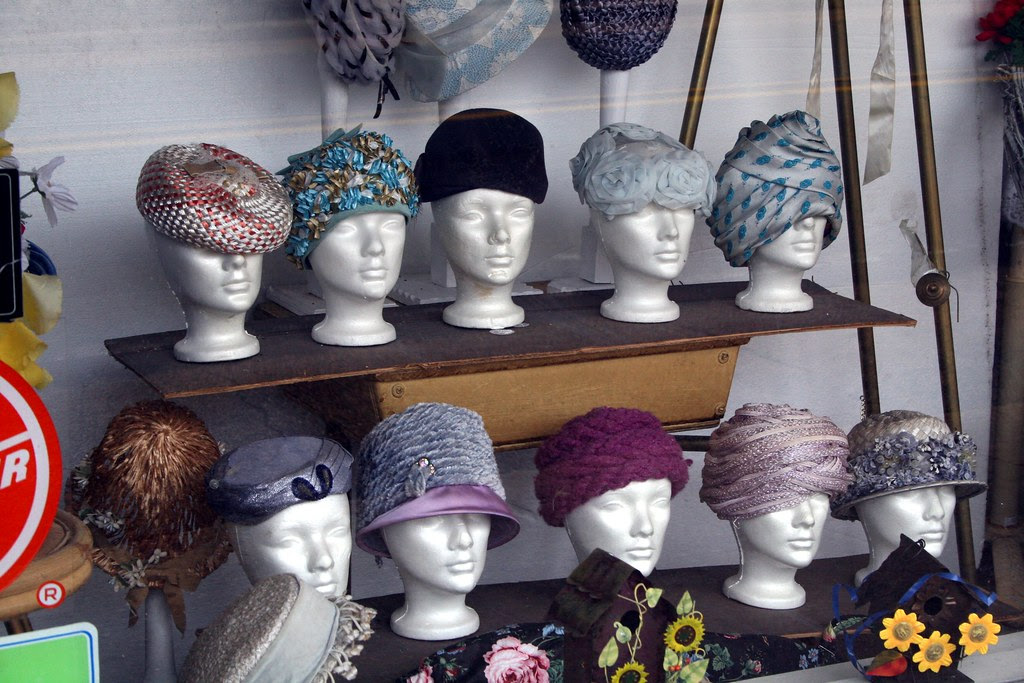 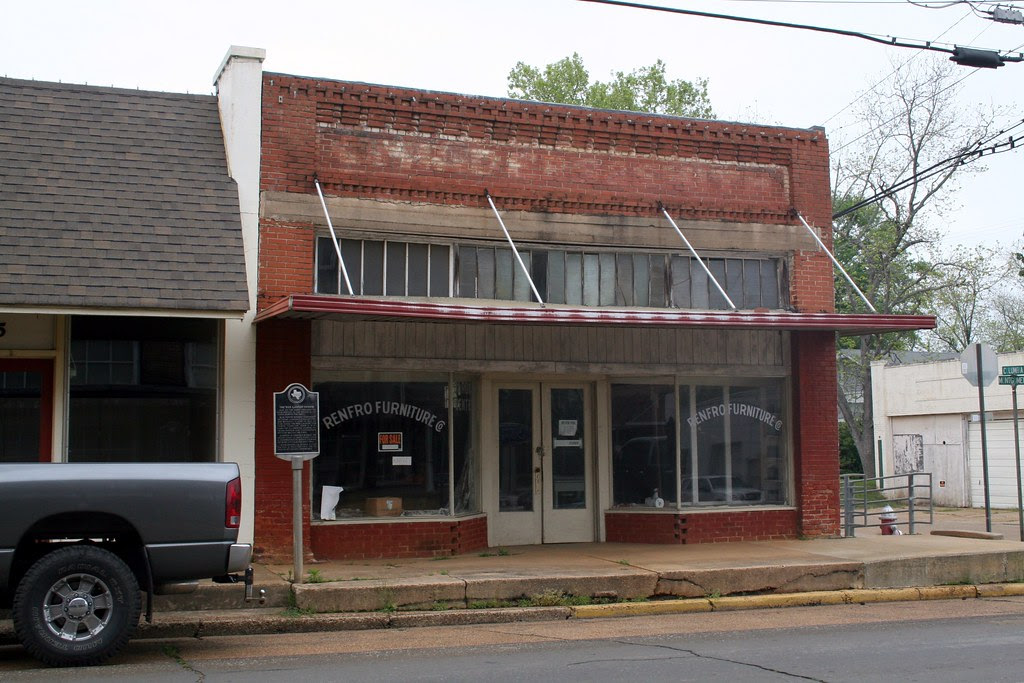 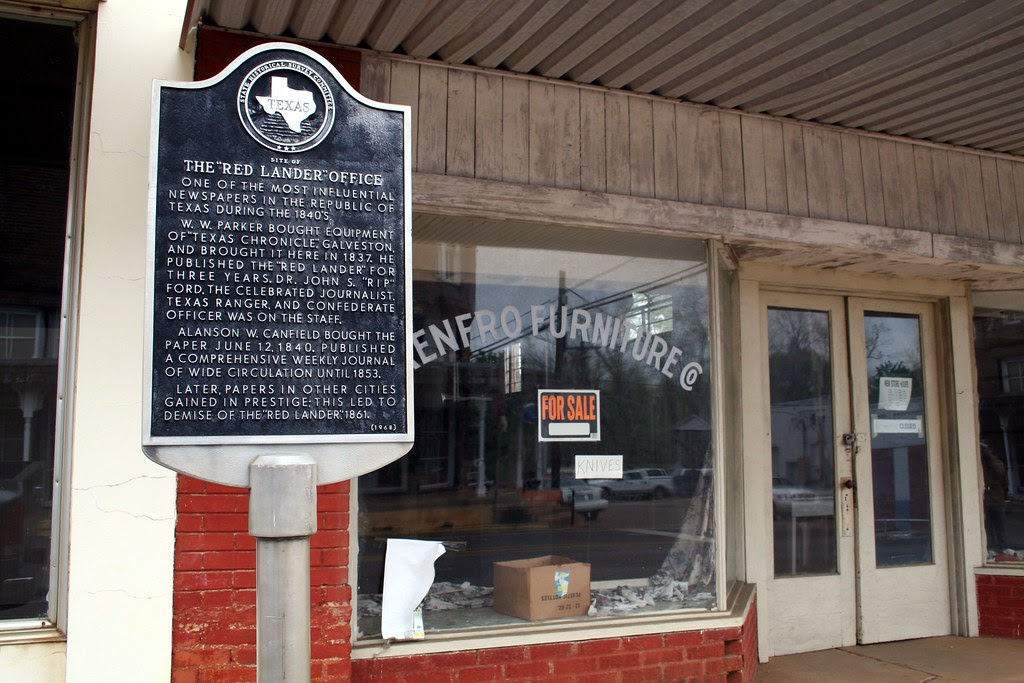 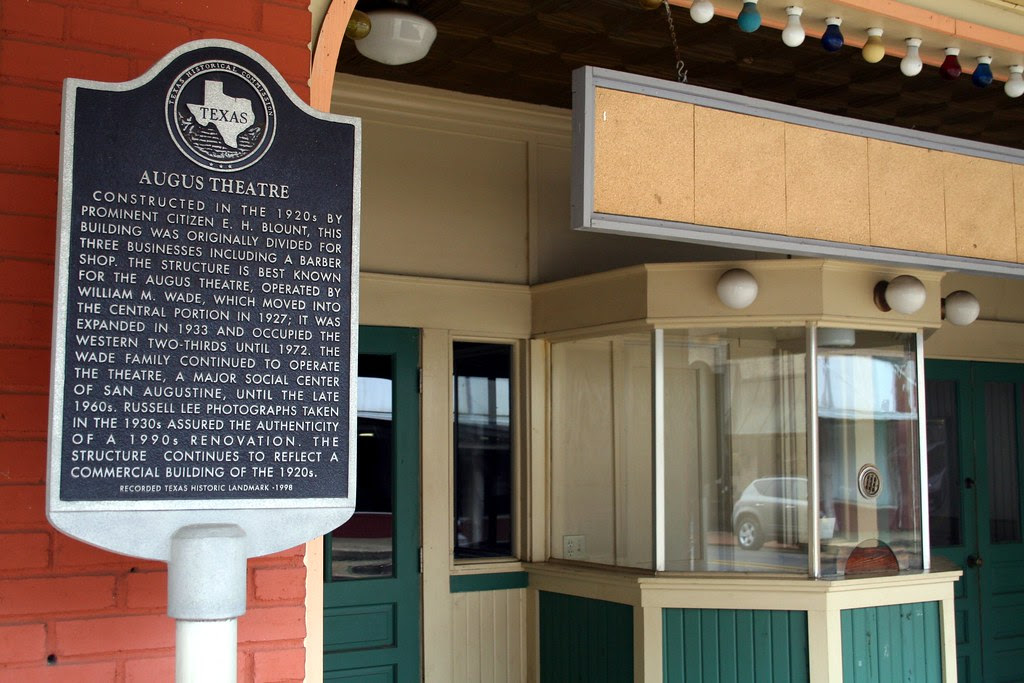 Augus Theatre - the theatre was constructed in the 1920s by E. H. Blount and operated by William Wade from 1927 until 1972. It currently houses the San Augustine County Historical Society. 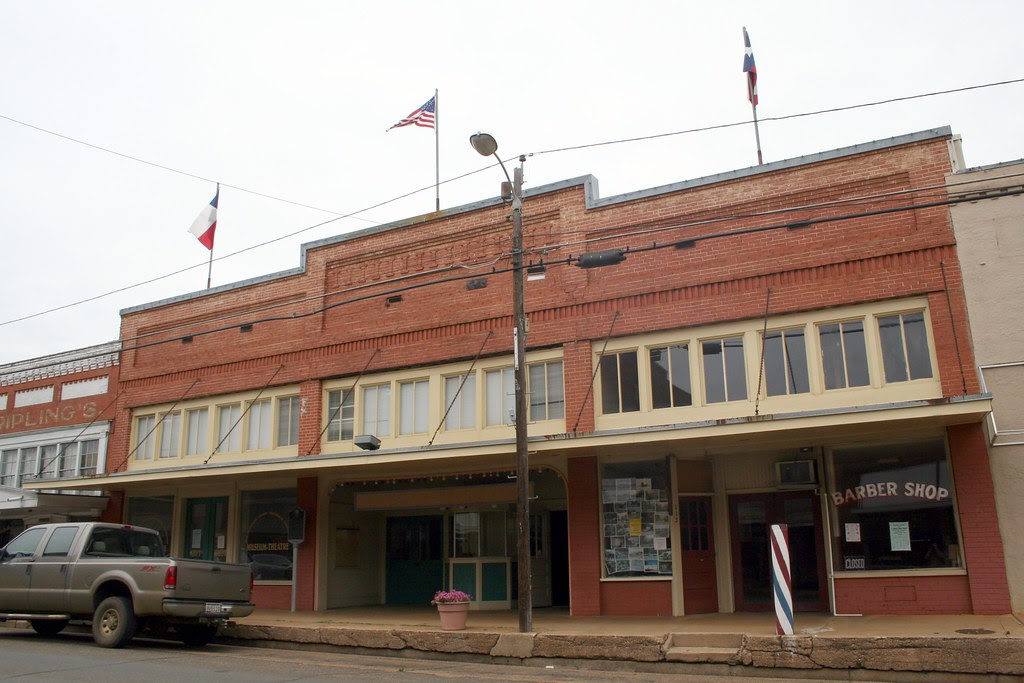 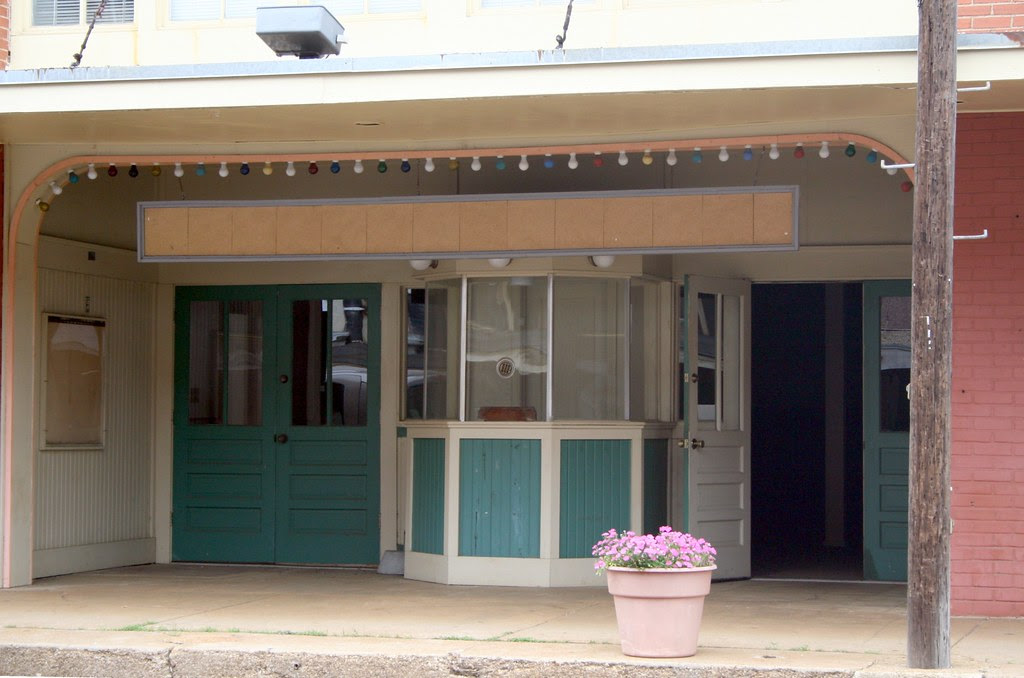 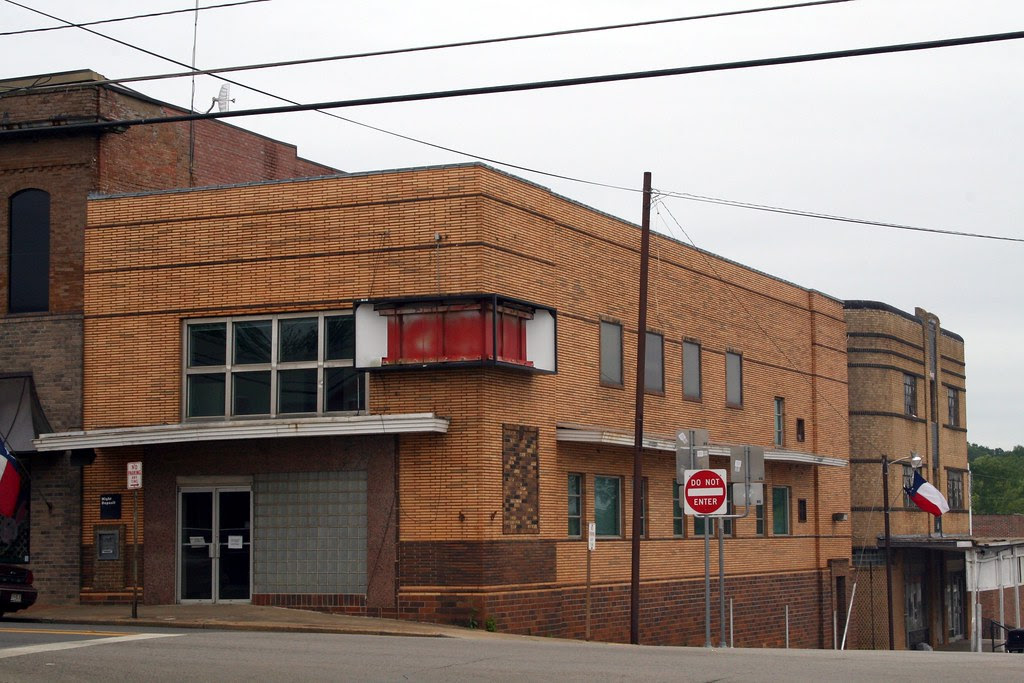 Appeared to have been a bank at some point 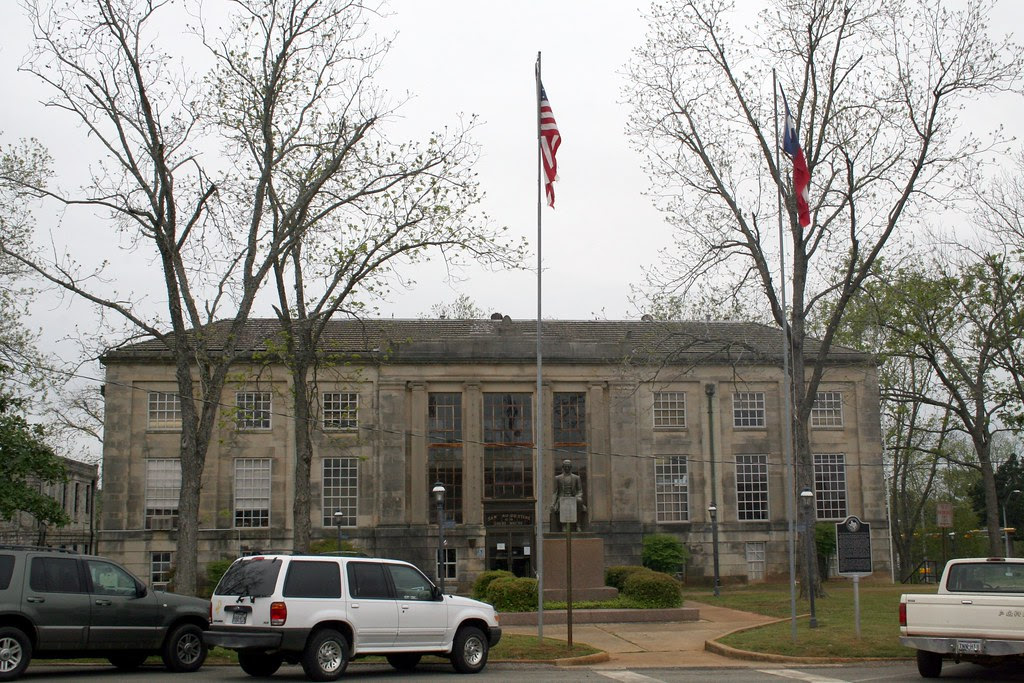 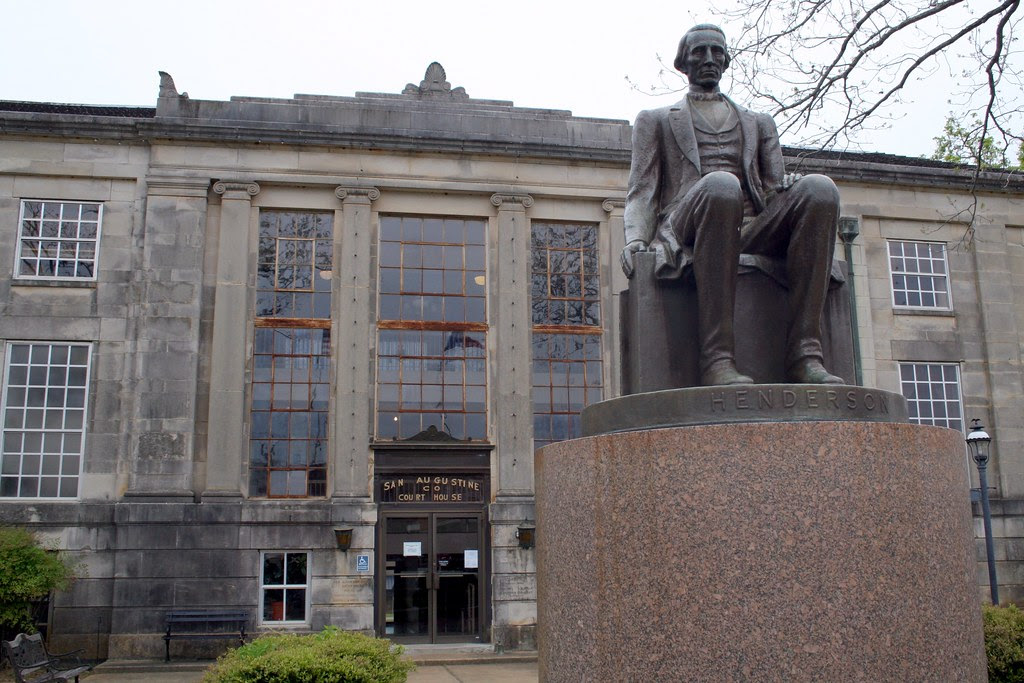 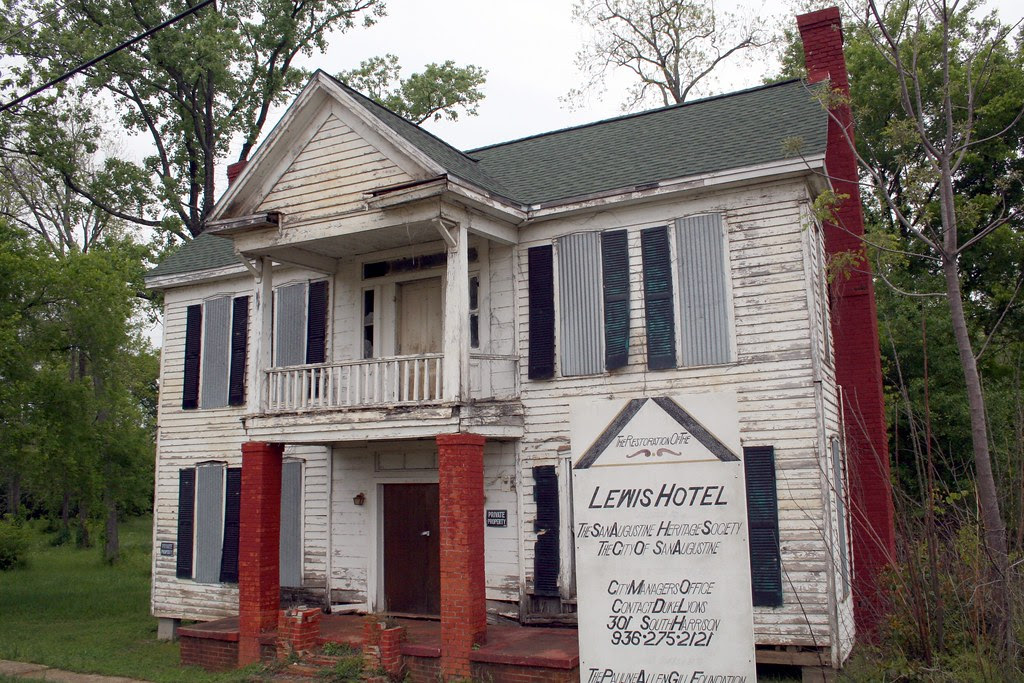 The Lewis Hotel appeared to be closed. Oh yeah, that old gast station scream Texas to me!
There must have been one in Columbus becuase I remember seeing it when we went to a "larger" town. (meaning one with restraunts and a walmart :p

Yes, there is one in Columbus.

I lived in San Augustine for a few years late 70's, early 80's. The pic about the building that used to be a bank WAS a bank. San Augusine First State Bank. The building next to it (left) was San Augustine Drug Store. Had an old fashioned Soda fountain (polyester bar stools, milk shake stirrer, sodas made from syrup and carbonated water, etc.) Burned in 1987 or 88. Rebuilt, but not the same old place. Sleepy town, but nice. I miss it sometimes.

As a person who grew up in San Augustine and still has family there:

The Lewis Hotel is being restored. It sat for many years waisting away. The Historical Society decided to take on this project a few years after they started the restoration of the train, just accross the street. The Lewis Hotel was the first black hotel in Texas.

And that Bank on the corner of main street still is a bank. The "Bill's" department store accross the street from that is now home to "Red Dirt and Roses."

The Red Land Lodge #3 was the first Masonic Lodge in Texas. The only reason Nacogdoches shows up first in the books is because the Grand Master of RLL#3 at the time was held back from renewing the charter due to bad weather.

The whole town has taken on a new life thanks to the oilers and drillers that have recently populated the area looking for their respective properties.

If you're ever in the area, be sure to stop by. I suggest to come by during the fall when the Sassafras Festival is in full swing, or prehaps Home Coming. There is also a spectacular Rodeo in the Spring.

The bank on the corner was The First National Bank.