"Swinging on a Star" 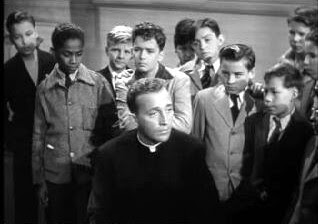 "Swinging on a Star" was recorded in 1944 by singer Bing Crosby. His song writer, Jimmy Van Heusen (later Sinatra's), was at Crosby’s house one evening for dinner to discuss a song for the movie Going My Way. 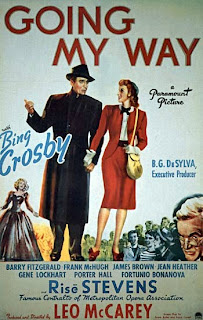 During the meal, one of the Crosby's kids complained about how he didn’t want to go to school the next day. The singer said to him, “If you don’t go to school, you might grow up to be a mule. Do you wanna do that?” Van Heusen thought that this would make a perfect song for the film. He envisioned Bing, playing a priest, talking to a group of children. When he took his idea to his partner, Johnny Burke, Burke was quick to approve, and they wrote the song. It won the Academy Award for Best Original Song in 1944. 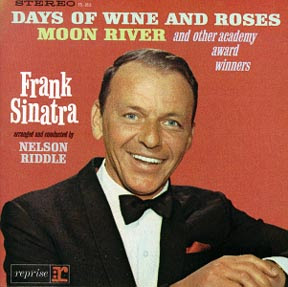 While I like the version Crosby does in the film, I find Sinatra's version (all roads lead back to Frank) from Sinatra Sings Days of Wine and Roses, Moon River and Other Academy Award Winners (1964) to have a few more...teeth. He and conductor/arranger Nelson Riddle managed to maximize the swing quotient quite a bit. Here's a little taste. It's one of those rare circumstances where the Chairman wasn't singing about affairs of the heart.
Posted by Chris at 9:47 AM

I don't know how you can talk about Swinging on a Star and not mention Bruce Willis, Danny Aiello and "Hudson Hawk."

Honestly, it crossed my mind to mention Hudson Hawk as I worked on this post, but the fact it was such a terrible film ultimately prevented me!

Hudson Hawk is a CLASSIC!!