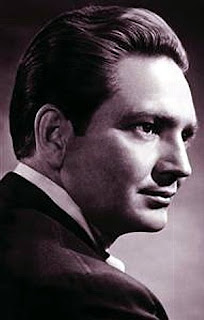 Nelson wrote the song in early 1961; at the time he was a journeyman singer-songwriter who had written several hits for other artists but had not yet had a significant recording of his own. Cline was already a country music superstar who was working to extend a string of hits. Nelson originally wrote the song for country singer Billy Walker, but Walker turned it down and Cline picked it as a follow up to her previous big hit "I Fall to Pieces." The song was released in late 1961 and immediately became another huge hit for Cline, eventually becoming one of her signature tunes, and its success helped launch Nelson as a performer as well as a songwriter. This song as sung by Patsy Cline is #85 on Rolling Stone's list of The 500 Greatest Songs of All Time.
Musically the song is a jazz-pop ballad with country overtones. The complex melody suited Cline's vocal talent perfectly and widened the crossover audience she had established with her prior hits. The lyrics describe the singer's state of bemusement at the singer's own helpless love for the object of his affection.
(source)

I really love the pedal steel on this. It just rings and chimes and seems to throb with sweet heartache (which is appropriate for the song). Whatever crimes this man has ever or will ever commit (other than say rape or murder), he should be absolved because of (if anything else) this contribution to mankind (the song, not necessarily his version though):

I think this recording is the demo Nelson would have used to try and sell the song in Nashville (no doubt).
Posted by Chris at 7:47 AM