Crockett at Turn of the Century 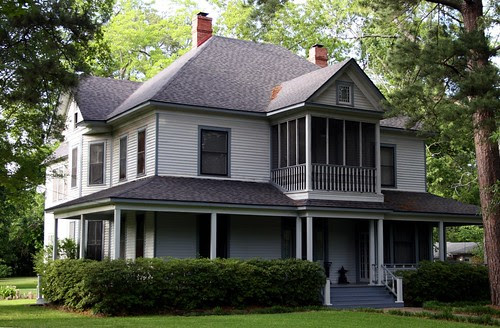 This place was built in 1907 and is Queen Anne Victorian style. The window up in the pediment is what makes it a Queen Anne. Nacogdoches architect Diedrich Rulfs supposedly built/designed something in Crockett. This home, the Old Denny House, reminds me a little of things like the Haden Edwards House. It may be the one-story porch across the front. 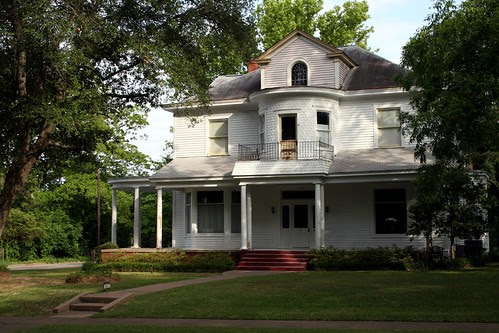 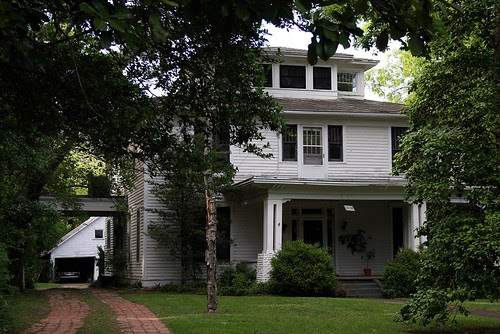 Here is a glimpse of 1110 East Houston Avenue. Built in 1910, it is Prairie-Craftsman style, and I think a candidate for possibly being the structure Diedrich Rulfs built in Crockett. 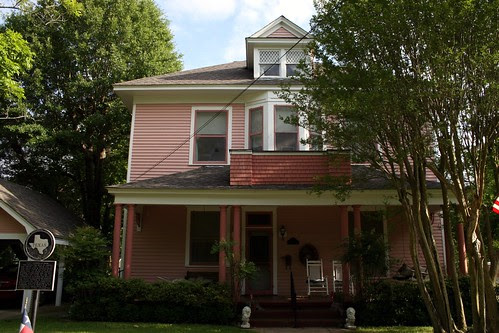 "This house was built by teacher and lawyer John Spence and his wife Adele, also a teacher, about 1870. John died in 1879, and in 1891 Adele sold the house to druggist B. Frank Chamberlain and his wife Una. Sometime prior to 1920 the Chamberlains attached a kitchen to the house and added bay windows. The house exhibits a foursquare configuration with symmetrical windows and center dormer on a pyramidal roof. It remained in the Chamberlain family until 1978." 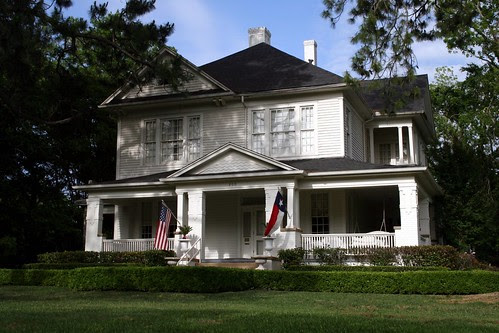 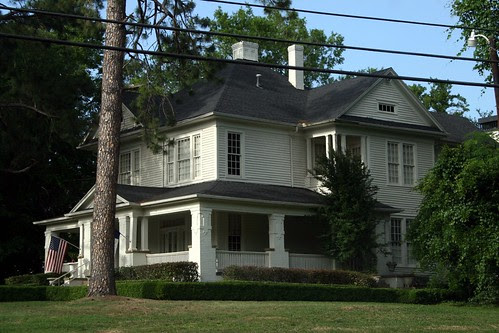 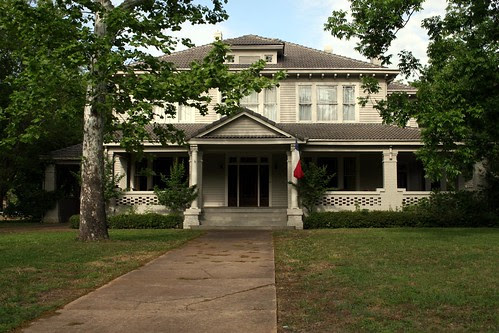 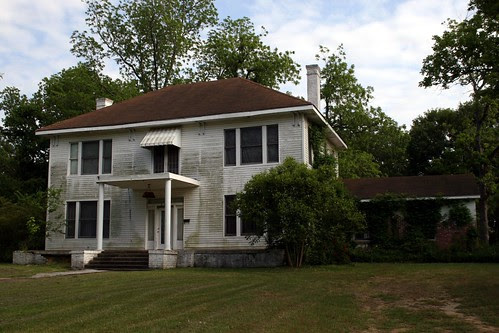 Can I have the pink one?

Isn't that pretty? The pink color is what caught my eye. Really nice.

I'll take the one with the screened [sleeping?] porch on the second floor.

Looks like the Bell Avenue home needs some TLC. Was it abandoned?

Yep, that one's cool, Amy. Although the yard was freshly mown, it did look look like the Bell Avenue house was unoccupied.

It isn't quite that bad, Scatterbrain, but I know what you mean. Crockett is probably past its prime.